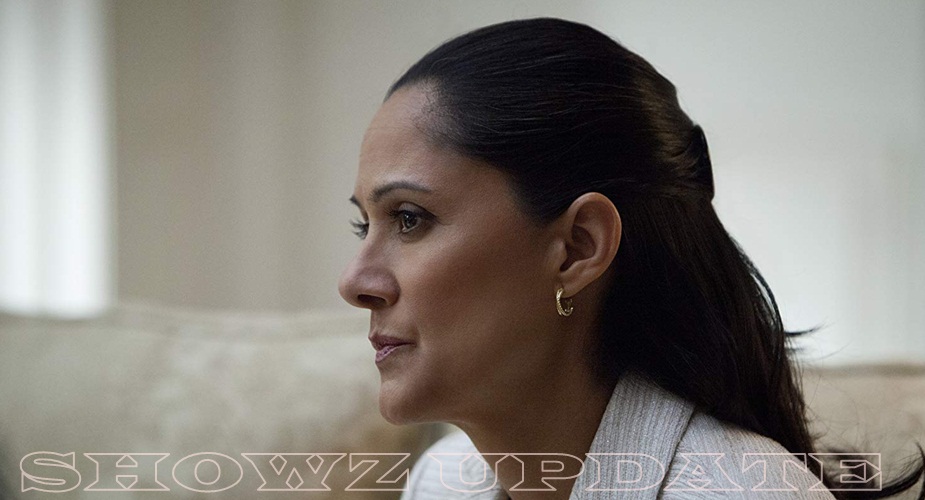 Sakina Jaffrey plays President Walker’s hard-charging White House Chief of Staff Linda Vasquez on season 6 of House of Cards . In this video, we sit down with the award-winning actress to talk about her character, how the show has impacted her life and the type of work she’s most passionate about doing. Check it out below! #HoC6 #WhiteHouseChiefOfStaff #season6 #LindaVasquez ### Meet Linda Vasquez – President Walker’s White House Chief of Staff

Actor Sakina Jaffrey has been cast as Linda Vasquez, a fictional character created by Aaron Sorkin and portrayed in The West Wing by Juanita V. Vee Smith in season one. She was President Josiah Bartlet’s campaign manager, and later becomes Senior Advisor to President Bartlet for most of his first term. For season 6 (2017), she will be on as a recurring character, now a member of President Elizabeth J.

She wants to be President, she wants to see America become great again. She is a woman on a mission and in order to meet her goals, she doesn’t care how many toes she has to step on. She is willing and ready to do whatever it takes. To quote Donald Trump, If you’re not winning, you’re losing. This motto has been guiding her life and now that she finally has control over everything happening around her, nothing will stop her from achieving greatness.

Sakina Jaffrey is an award-winning actress known for her work in film, television and theater. Her recent credits include House of Cards as Linda Vasquez, President Walker’s chief of staff, Silver Linings Playbook as Tiffany Michelle and Charlie Wilson’s War as Ellen Martin.

What does this role mean for women in Hollywood?

Linda Vasquez has been an integral part of Aaron Sorkin’s West Wing universe since she first appeared in season one as chief of staff to then-Vice President John Hoynes. Her current role as President Josiah Bartlet’s chief is no less significant.

Meet season two newcomer and former political operative, Linda Vasquez. After a six-year hiatus from Washington, D.C., she is called back to serve as President Walker’s (Martin Sheen) new chief of staff. As one of her first actions upon taking office, she releases Garrett Walker from his position at FEMA and installs her own puppet, Mark Boudreau (guest star Tom Guiry), as director—which ultimately puts him in charge during last season’s deadly epidemic crisis.