Yellowstone’s Josh Lucas: A Portrait of a Young John Dutton 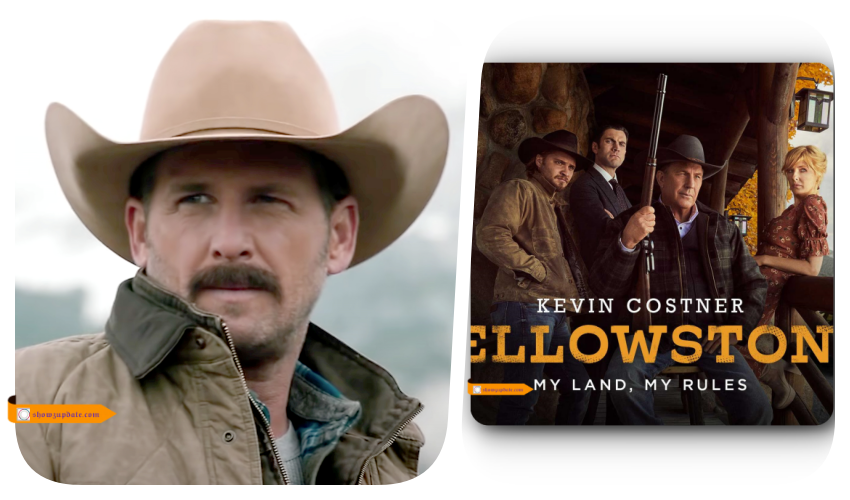 Josh Lucas has brought an iconic character to life in the Paramount Network’s hit show, Yellowstone. His portrayal of a young John Dutton in the 1990s has been lauded by fans and critics alike. As a recurring character in Seasons 1 and 5, and a guest in Season 2, Lucas has given us a glimpse into the past of one of television’s most beloved characters. In this blog post, we’ll take a look at what makes Lucas’ portrayal of a young John Dutton so special. Yellowstone’s Josh Lucas: A Portrait of a Young John Dutton

Who is Josh Lucas?

Josh Lucas is an acclaimed actor who has been in the entertainment industry since his breakout role in Sweet Home Alabama in 2002. He’s had a number of memorable performances, including in A Beautiful Mind, The Lincoln Lawyer, and Gone in 60 Seconds. His current role as John Dutton on Yellowstone has been praised by critics and fans alike.

Lucas brings to life the character of young John Dutton in the 1990s, making for a compelling backstory for the current Dutton patriarch. His portrayal of a young, ambitious rancher attempting to make his mark on Montana is both captivating and believable.

It’s easy to see why Josh Lucas was chosen to portray John Dutton in Yellowstone. His experience in both comedic and dramatic roles gives him the ability to bring complexity and depth to the character. As Yellowstone continues to enthrall audiences, Lucas’s performance as a young John Dutton will be remembered for years to come.

Yellowstone is an American television series created by Taylor Sheridan and John Linson, which premiered on June 20th, 2018 on the Paramount Network. Set in present-day Montana, the series follows the Dutton family as they struggle to protect their family ranch, their land, and the local wildlife amidst constant attack from those who would take their land and resources away from them.

Lucas’ portrayal of John Dutton, the patriarch of the Dutton family, is nothing short of captivating. His ability to bring complexity to the character is remarkable and his performance has helped shape Yellowstone into one of the most successful shows on cable. Lucas’ portrayal is realistic, nuanced, and even humorous at times. He brings a sense of humanity to a character that is often misunderstood by those around him.

It is clear that Josh Lucas was an ideal choice for the role of John Dutton. With his formidable acting talent and natural charisma, Lucas has been able to bring depth and life to this character in a way that few other actors could. If you’re looking for a great example of an actor playing a young version of a larger-than-life character, then look no further than Yellowstone’s Josh Lucas.

Why was Josh Lucas cast as John Dutton?

When casting began for the role of a young John Dutton in the hit series Yellowstone, the showrunners knew they had a tall order. After all, they were looking to cast an actor who could believably portray the iconic character, originally portrayed by Kevin Costner, at an earlier stage in his life.

Enter Josh Lucas. Known for his roles in Sweet Home Alabama, A Beautiful Mind, and The Firm, among others, Lucas was the perfect choice to embody the younger version of the charismatic billionaire rancher. With his rugged good looks, depth of emotion, and powerful presence, Lucas had all the traits necessary to portray a complex, multi-faceted character.

Thanks to his performance, viewers have been able to catch a glimpse into the man John Dutton was in his younger years. We’ve seen him grapple with the financial and political pressures he faced as a new business owner, and how these struggles shaped him into the man he is today.

Lucas’ portrayal of John Dutton has been critically acclaimed and praised by fans of the series alike. His performances are nothing short of captivating, proving that he was undoubtedly the right choice for the role.

What did the 1990s look like for John Dutton?

John Dutton is one of the central characters in the acclaimed television series Yellowstone, played by actor Josh Lucas. As a young man in the 1990s, John faced many of the struggles that young people of the era faced, including trying to make his own way in the world and build a legacy for himself.

In the series, Josh Lucas portrays John’s early adulthood with a nuance that is both nostalgic and heartbreaking. We get a glimpse into the life that John was living before he became the billionaire ranching patriarch we know today. From glimpses of his time in college to memories of him trying to make ends meet as a contractor, we are shown an intimate portrait of John Dutton as a young man.

John’s story is one that is full of hard work and determination. He is often presented as a man who is driven and ambitious, willing to do whatever it takes to get what he wants. As viewers, we witness John’s journey as he navigates through hardships and builds a legacy for himself.

It is clear that Josh Lucas was able to perfectly capture the character of John Dutton in all its complexity. His performance has provided us with an invaluable look into the past, making us all appreciate what John has accomplished in his life.

What can we expect from Josh Lucas in future seasons of Yellowstone?

It has been a pleasure to watch Josh Lucas portray the character of John Dutton in the hit series Yellowstone. He brings a unique energy and intensity to the role, making it difficult not to become invested in his story.

In recent seasons, we have seen Lucas bring this same energy to the character of young John Dutton. Through his portrayal, we’ve seen a glimpse into the future of the character. We’ve seen a younger version of Dutton who is still learning about his family and the business he will soon lead. It’s an intriguing look into the character that helps us understand him better.

Now that season 5 of Yellowstone is underway, we can only wonder what Josh Lucas has in store for us with his portrayal of John Dutton. As the series progresses, it seems likely that we’ll see more of the same kind of intense performances from Lucas. It also wouldn’t be a surprise to see him further explore the character’s journey as he moves through life.

No matter what happens in future seasons, we can be sure that Josh Lucas will continue to bring a strong presence to the show. We can’t wait to see what he has in store for us in future episodes!