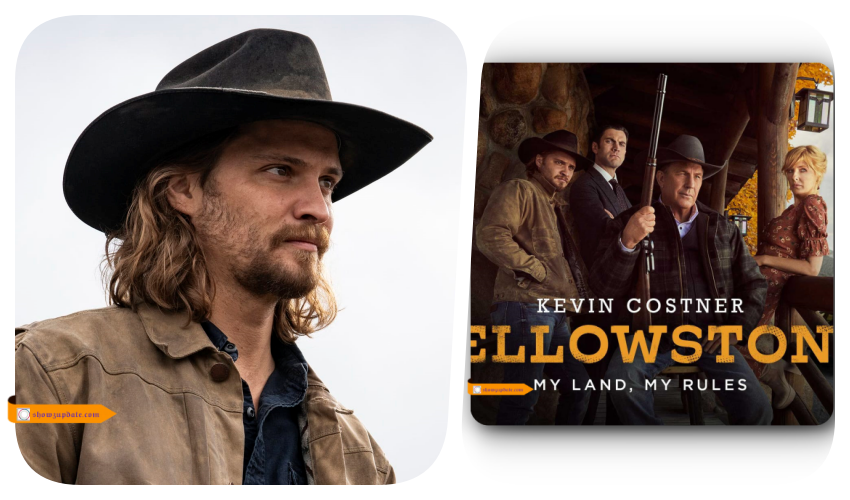 Luke Grimes is one of the stars of the hit Paramount Network show Yellowstone, playing the role of Kayce Dutton. Kayce is the younger son of John and Evelyn Dutton and a former US Navy SEAL. In the first season, Kayce is living on the Broken Rock Indian Reservation with his Native American wife and son. By the second season, Kayce and his family have moved back to the Dutton Ranch. Luke Grimes offers a unique insight into the character of Kayce Dutton, and in this blog post, we’ll explore what he has to say about his role. Yellowstone Star Luke Grimes on His Character Kayce Dutton

Who is Kayce Dutton?

Luke Grimes stars as Kayce Dutton in the popular television series Yellowstone. As the younger son of John and Evelyn Dutton, Kayce is a former US Navy SEAL who lives with his Native American wife and son on the nearby Broken Rock Indian Reservation. He has been an integral part of the show since its debut in 2018, and viewers have watched him grapple with issues like family dynamics, identity, and survival.

Grimes portrays Kayce as a complex character, one who is constantly struggling to reconcile his past with his present. Despite his military training and experience, he is deeply in touch with his spirituality and heritage. This internal battle is further complicated by the fact that he must now protect his family’s land, while also attempting to honor his wife’s connection to the land they share.

Throughout the show, we have seen Kayce grapple with the demands of being a modern man, while at the same time trying to remain true to his roots. He loves his wife and son deeply and works hard to provide for them. At the same time, he knows that he must make difficult decisions in order to protect what matters most.

Luke Grimes’ portrayal of Kayce has helped bring the character to life and has made him a beloved part of the Yellowstone family. His performance captures both the inner conflict and courage of this strong-willed character, making Kayce an unforgettable part of the show.

What is the background of the character?

Luke Grimes plays the character of Kayce Dutton in the hit television series Yellowstone. Kayce is the youngest son of John and Evelyn Dutton, who are the owners of the largest contiguous ranch in the United States. In the first season, Kayce has left the Navy SEALs and moved onto the Broken Rock Indian Reservation with his Native American wife Monica and son Tate.

Kayce is a loyal, strong-willed, and fiercely protective man. He is deeply rooted to his family and homeland, and is not afraid to stand up for what he believes in. Despite having a tough exterior, Kayce has a deep emotional side that he is often reluctant to express. He puts his family before himself and is willing to do whatever it takes to protect them.

As the series progresses, Kayce finds himself at odds with powerful enemies that threaten the future of the Dutton Ranch. With his experience in the military, Kayce uses his cunning, strength, and strategy to outwit them. It is clear from his actions that he will do whatever it takes to ensure the safety of his family and home.

Luke Grimes’s portrayal of Kayce Dutton has been widely praised by critics and audiences alike. The character of Kayce is a complex one and Grimes has managed to capture all the nuances of the character perfectly. From his commitment to his family to his loyalty to the land, Kayce is a well-rounded and beloved character that viewers can’t help but root for.

How does the actor portray the character?

Luke Grimes is a talented actor who does an incredible job of portraying the character of Kayce Dutton in Yellowstone. As the younger son of John and Evelyn Dutton, Kayce has had to navigate his way through life, finding himself constantly caught between his white father’s ranching world and his Native American wife’s cultural background.

In order to effectively portray the complexity of Kayce’s situation, Luke Grimes captures the character’s inner struggle with authenticity and emotional depth. His range of facial expressions and body language communicate Kayce’s confusion and longing for resolution. Grimes also brings to life Kayce’s courage and resilience by conveying a strong sense of self-determination as he battles with the forces that threaten the Duttons’ legacy.

Overall, Grimes manages to show us both the human side of Kayce Dutton as well as his inner strength, making his performance one of the highlights of the series.

What are some of the challenges of playing the character?

Playing the character of Kayce Dutton on the hit show Yellowstone has been a challenging yet rewarding experience for Luke Grimes. As a former US Navy SEAL, his character faces intense physical and emotional trials throughout the series.

In the first season, Kayce had to make the difficult decision to leave his family and move to the Broken Rock Indian Reservation with his Native American wife and son. His time in the reservation brought new challenges, including clashing with local authorities and learning to be a supportive husband and father in a new environment.

In the second season, Kayce has now moved back to the Dutton Ranch and is struggling to balance the demands of his newfound position within the family business with his growing responsibilities as a husband and father. As the series progresses, viewers can look forward to seeing Kayce grapple with even more complex situations.

Playing a complex character such as Kayce requires an immense amount of skill and dedication from Luke Grimes. With each episode, he continues to deliver powerful performances that keep us glued to our screens.