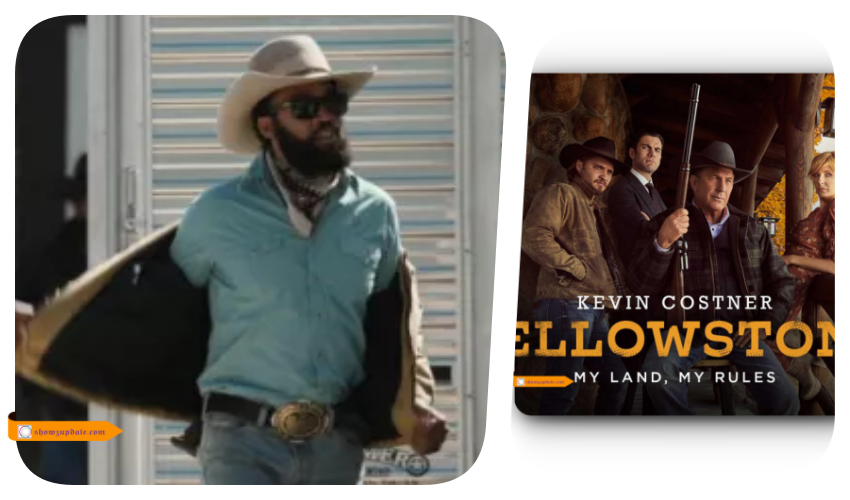 Who is Denim Richards?

Denim Richards has become a household name as the ranch hand Colby Mayfield on the Paramount Network show, Yellowstone. But who is Denim Richards?

Denim Richards is an American actor who is best known for his role on Yellowstone. He has also appeared in films such as The Haunting of Hill House and Don’t Let Go. Before acting, Denim was a semi-professional soccer player for LA Galaxy II and LA Wolves FC.

Denim’s character, Colby, is Teeter’s boyfriend on Yellowstone. He works as a ranch hand on the Dutton Ranch, and helps out with the day-to-day operations. He often finds himself in the middle of difficult situations due to the tense relationships between the Duttons and the other families that work on their ranch.

Denim’s performance on Yellowstone has been praised by viewers and critics alike. His portrayal of Colby is natural, captivating, and endearing. It’s no wonder why he’s become such a fan favorite!

What is his role in Yellowstone?

Colby Mayfield is a ranch hand at the Yellowstone Ranch and the boyfriend of Teeter. He was introduced as a recurring character in seasons 1 and 2 and became a regular in season 3.

Colby is an experienced horseman, which is why he was hired to work at the ranch. He has a strong connection to the animals, especially horses, which makes him a valuable asset for the team. Colby is often seen taking care of the horses and helping out with various ranch duties.

Colby also serves as an adviser to John Dutton, the head of the ranch. His knowledge and expertise in the world of horsemanship help guide John in his decisions. Colby has even gone as far as to offer his assistance to other members of the Dutton family, such as Kayce and Beth.

Colby is loyal to the Duttons, and his relationship with Teeter has only strengthened this loyalty. He will do anything to protect those he loves and would do whatever it takes to keep them safe. Colby is not afraid to stand up for what he believes in and will go to any lengths to defend his beliefs.

Colby is an integral part of the Yellowstone Ranch team, and his presence on the show has been met with praise from fans. His dedication and loyalty are admirable, and his character provides an interesting dynamic to the show.

How did he get the role?

Denim Richards’ journey to becoming Colby Mayfield on the hit show Yellowstone has been an inspiring one. After guest-starring in two seasons, he was finally given the opportunity to become a series regular for season three.

Before he was Colby, Denim was just another aspiring actor who had found success in smaller roles. He starred in several independent films and had appearances on shows such as Suits, Shameless, and Ray Donovan. However, it was his performances in Yellowstone that earned him the role of Colby Mayfield.

When asked about how he got the role, Denim credits his hard work, dedication, and willingness to take risks. I auditioned for the part of Colby Mayfield and I gave it my all. I knew this was my chance to really showcase my talent and I wasn’t going to let it slip away. It was a long process, but I was determined to prove to the casting directors that I could bring the character to life.

As Colby Mayfield, Denim has become an essential part of the Yellowstone cast. With his rugged charm and lovable personality, he has won over fans around the world. He has truly proven himself as an actor and we can’t wait to see what he does next!

What has been his experience on the show so far?

Denim Richards has been a part of the Yellowstone cast since the show’s inception in 2018. Initially appearing as a recurring character, he quickly became a regular on the show as Colby Mayfield, a ranch hand at the Yellowstone Dutton Ranch. Since then, he’s played an important role in many storylines, often teaming up with Teeter (Jennifer Landon) to protect the ranch and its inhabitants.

See also  Only Murders in the Building: Cara Delevingne as Alice Banks (season 2)

Colby has always been loyal to the Duttons and is willing to put himself in harm’s way to protect them. His dedication to the ranch has also endeared him to the viewers, with many fans rooting for him to win Teeter’s heart. Though they have had their ups and downs, Colby and Teeter have come together time and again to protect what they believe in.

Aside from his loyalty and commitment to the ranch, Colby has also shown himself to be a wise and capable leader. He is quick-thinking and adaptable, and is always looking for new ways to keep the ranch safe. His instincts and ingenuity have proven invaluable on more than one occasion, and it’s easy to see why the Duttons rely on him so heavily.

Overall, Denim Richards has brought a lot of depth and heart to the character of Colby Mayfield. He has helped make Yellowstone one of the most beloved shows on television, and his performance continues to be one of the highlights of each episode.