Why You Shouldn’t Miss Yellowstone Season 5 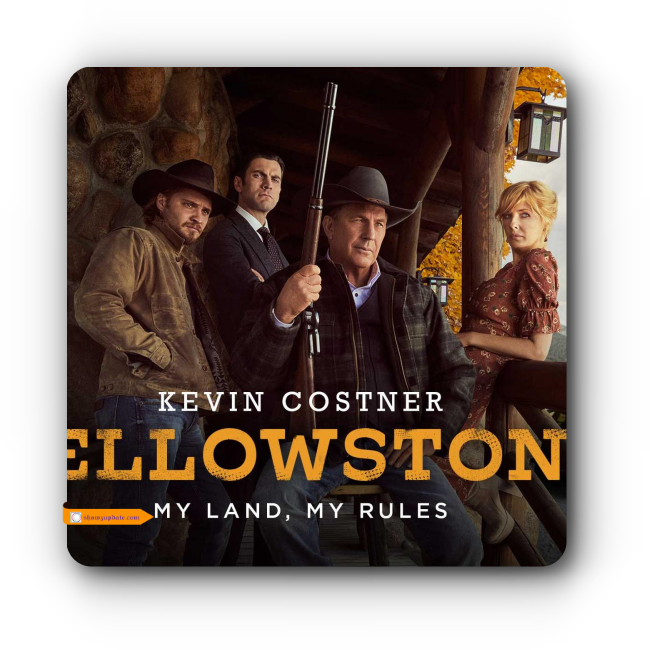 Are you looking for an intriguing and dramatic show to watch? Look no further than Yellowstone! With its fifth season premiering on November 13, 2022, now is the perfect time to get caught up on this riveting show. Yellowstone is an American neo-Western drama television series created by Taylor Sheridan and John Linson that has been on the air since 2018. With its gripping plotlines and complex characters, you won’t want to miss out on the latest s eason of Yellowstone. Read on to find out why you shouldn’t miss Yellowstone Season 5! Why You Shouldn’t Miss Yellowstone Season 5

When Yellowstone returns for its fifth season, viewers can expect an intense and captivating story of loyalty, greed, and power struggles.

The show follows the Dutton family, owners of the largest contiguous ranch in the United States, who must fight to protect their land from multiple threats, including land developers, an Indian reservation, and America’s first National Park.

The fifth season will see the Duttons struggle to maintain their ranch and their way of life, as they face difficult decisions and battles on all fronts.

The intense action and drama of the upcoming season will keep viewers on the edge of their seats. With each character fighting for their own interests, viewers can expect a rollercoaster of emotions as the family strives to hold onto their home and protect what’s theirs.

The fifth season is sure to be full of suspense, intrigue, and gripping storylines that will keep fans captivated from start to finish. Don’t miss out on this exhilarating journey when Yellowstone returns for its fifth season!

See also  Beatrix: Sadie Soverall as the air fairy who knows more than others about Bloom's mysterious origins.

Yellowstone has a fantastic ensemble of characters that bring the show to life. While the fifth season will feature some returning faces, there will be some exciting new additions to the show.

The show centers around the Dutton family, a powerful and complicated family living in Montana’s Yellowstone ranch. The patriarch of the family is John Dutton (Kevin Costner), an iconic figure who runs the ranch and fights to protect it from those who would do it harm. His children, Jamie (Wes Bentley), Kayce (Luke Grimes), Beth (Kelly Reilly), and Lee (Dave Annable) all have their own unique roles in the ranch’s affairs.

The fifth season will also introduce a few new characters to the show. Teeter (Jennifer Landon) is a fearless and principled young woman who joins the ranch as a wrangler. She quickly earns the respect of the Dutton family and will surely be a big part of this season’s story. Similarly, Walker Browning (Ryan Bingham) is a mysterious figure who comes to Yellowstone with his own agenda.

So if you’re a fan of Yellowstone, don’t miss out on the fifth season. With a cast full of compelling characters and interesting storylines, this season is sure to be one to remember!

One of the best things about Yellowstone is its stunning locations. The show takes viewers all across the United States, from Montana to Wyoming to South Dakota and beyond. Season 5 will take us even further, with the Yellowstone Ranch now a center of conflict and the characters’ lives in even more peril.

From the peaceful beauty of the Montana countryside to the rugged badlands of Wyoming and South Dakota, Yellowstone has something for everyone. No matter where you look, you can find breathtaking backdrops that draw viewers into the story. From the majestic mountains of Montana to the canyons and plateaus of Wyoming and South Dakota, the natural beauty of these places will be on full display in Season 5.

The cast of Yellowstone have also been spotted filming in some beautiful locations in Utah, including Dead Horse Point State Park, which was used as the backdrop for a dramatic shoot-out in Season 4. This is sure to be a highlight of Season 5, as viewers get to see some of the most stunning landscapes in the American West.

If you love breathtaking landscapes and compelling drama, then you won’t want to miss Yellowstone Season 5. With its ever-expanding cast of characters and its diverse and gorgeous locations, it’s sure to be an unforgettable season. So don’t miss out – tune in to Yellowstone on Paramount Network starting November 13!

If you’re a fan of good acting, then Yellowstone season 5 is sure to be a treat. The series has had an impressive list of A-list actors gracing its cast since its premiere in 2018. In season 5, the show brings back many of these stars, such as Kevin Costner, Luke Grimes, Kelly Reilly, Wes Bentley, and Gil Birmingham.

With over three years of experience playing their characters, these actors are sure to bring their best performances to the small screen. Each actor takes on his or her role with tremendous talent and grace, creating dynamic performances that are sure to entertain viewers.

See also  Dakota Johnson on Anne Elliot: "I Just Wanted to Be a Good Wife"

The season also features some new additions to the cast, including Josh Holloway, who joins the show as Roarke Morris. Holloway is sure to bring a fresh take to the series, as his past roles have shown he is no stranger to playing complex characters. Fans can look forward to seeing what Holloway brings to the show this season.

Overall, the cast of Yellowstone season 5 is sure to captivate viewers with their outstanding performances. With such a talented group of actors bringing their talents to the show, fans won’t want to miss out on the latest season.

When it comes to spectacular visuals, Yellowstone is certainly a show that won’t disappoint. From sweeping shots of the grandiose landscape to close-up details of the characters, the cinematography of this show is simply stunning. Season 5 promises to continue in this vein with its visually impressive shots. The scenes are often breathtaking, with the magnificent backdrop of the Montana wilderness used to great effect.

The use of natural light also adds to the beauty of the show. Cinematographers take advantage of the region’s changing weather and different times of day to create an atmosphere that captivates viewers. The resulting shots are so stunning that viewers can’t help but be transported into the world of Yellowstone.

Whether you’re a fan of the show or just appreciate quality cinematography, you won’t want to miss Yellowstone season 5. With its stunning visuals, this season promises to be just as captivating as ever.