Why The Crown Got Dr Kurt Hahn Wrong 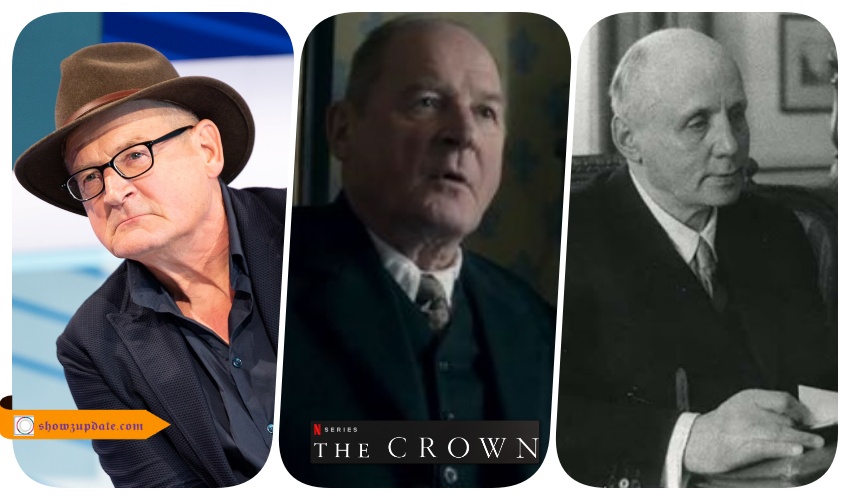 Dr Kurt Hahn (Burghart Klaubner), the founder of Gordonstoun, where Philip and Charles went to school, was by all accounts a complex character who possessed many admirable and some despicable traits, but Netflix’s The Crown decided to portray him as a one-dimensional, crazed Nazi sympathiser. In doing so they misrepresented not only his character but also the British attitude towards Germany before and during WWII as well as the role of public schools like Gordonstoun in that era. Why The Crown Got Dr Kurt Hahn Wrong

Burghart Klaubner is a German actor and director who was born in 1951. He has had a long career in theater, film and television; he is best known for his role as the headmaster of Gordonstoun school in season 2 of The Crown. Kurt Hahn first visited the estate that would later become Gordonstoun on an expedition to climb nearby Ben Nevis. After an arduous hike, they came upon the ruins of an old castle that would eventually be reconstructed as the foundation of the current-day academy.

About His Role As Dr Kurt Hahn

Burghart Klaubner portrays the founder of Gordonstoun, where Philip and Charles went to school, in The Crown (TV series). He is not exactly who you think. That’s because he was only one of many people who helped set up the school as it was founded in 1934 by Kurt Hahn and a small group of friends. In fact, the real founder has never been credited on the show. The fictional depiction of the man is accurate when it comes to his character, but there are other aspects that can be questioned such as his relationship with Prince Philip’s father George VI.

The portrayal of the real Kurt Hahn

Burghart Klaubner plays Kurt Hahn in the second season of The Crown. He is a Swiss psychologist and educator who established Gordonstoun school. The character is based on the real-life figure, but the real Kurt Hahn was German, not Swiss. Kurt attended Cambridge University and the London School of Economics before serving in World War I as an officer with the German Army.

In the second season of The Crown, the show introduces a new character–Dr. Kurt Hahn–who is credited with starting Gordonstoun, where Philip and Charles went to school. However, in reality the person who founded Gordonstoun was Burghart Klaubner, not Dr. Kurt Hahn.

In the season 2 of The Crown, Dr. Kurt Hahn is portrayed by Burghart Klaubner. In real life, he was not the founder of Gordonstoun school (founded in 1934), but he became headmaster in 1939 and was influential in its founding and development.

See also  Nunchuck-Wielding Nun from Minions: The Rise of Gru is Badass

The show’s portrayal of him as a founder does not honor his true legacy at Gordonstoun.

Who was Kurt Hahn?

Kurt Hahn was a German educator and founder of Gordonstoun. He was born in Berlin on December 3, 1886 to Jewish parents. His mother died when he was three years old and his father took over the responsibility for raising him. At the age of 18, he went to study at Oxford University where he met Winston Churchill and formed a strong bond with him. When the Nazis came into power in 1933, he left Germany and went to Scotland where he founded Gordonstoun.

Burghart Klaußner is a German actor born in Cologne, Germany on 1 April 1936. He is best known for portraying Dr Kurt Hahn, the founder of Gordonstoun, where Philip and Charles went to school in The Crown (TV series). He was nominated for a Golden Globe Award in 1971 for playing the lead role in the film The Pedestrian. In 1988 he played the Minister of Culture in the satirical comedy Who Is Killing the Great Chefs of Europe?

Kurt Hahn is the founder of Gordonstoun, where Philip and Charles went to school in The Crown. If he were to establish a school today, it would be a private boarding and day school for boys that would provide an outstanding education with a focus on character development. It would be located in the countryside, preferably near mountains and water. The curriculum would include English and history as core subjects and an emphasis on creativity by studying art, music, languages and philosophy.

Who was Thomas Hahn and what did he do?

Dr. Kurt Hahn, who The Crown (TV series) portrays as a resident of the Soviet Union and the headmaster of Gordonstoun School in Scotland, was actually born in Germany. His father was a well-known Hamburg banker, and his mother came from an aristocratic family that had been one of the leading families in Prussia for centuries. He entered into military service at the age of sixteen in World War I, but he soon resigned to go back to university to study economics and history.