What is it like to be a journalist in House of Cards? 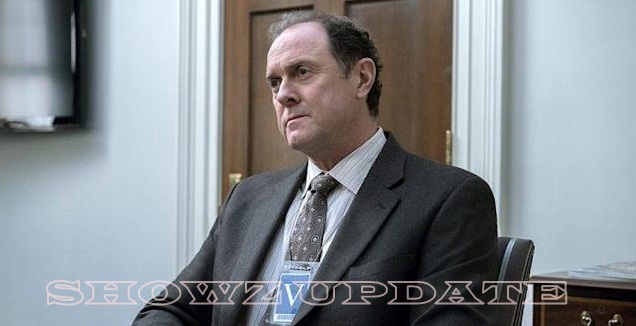 Highlights from our interview with Boris McGiver

Boris McGiver plays Tom Hammerschmidt, editor-in-chief at The Washington Herald. He was originally supposed to die in season 2 and only appear in flashbacks from that point on. After filming his death scene, producers changed their minds and instead decided to give him an important storyline for seasons 3 and 4. Boris also revealed that he wasn’t allowed read any scripts prior to getting a part so he didn’t know anything about what would happen throughout different seasons.

How does he prepare for each episode?

When preparing for each episode, Boris McGiver spends quite some time with Kevin Spacey, Robin Wright and Jay Carson, who are the writers and producers. He also watches old footage from news channels from that era as well as podcasts on journalism just to get a feel for how Tom Hammerschmidt is written.

Is there anything in particular he focuses on when preparing for any character?

I don’t know if I can say that. Anytime you start a character, it’s always good just to look at people around you or look at yourself and go O.K., what are my tendencies, how do I walk, what are my mannerisms? The other thing that’s important for me when starting any character is that I create their voice in my head first before anything else happens. That’s usually about three weeks before we start shooting.

For those who may want to go behind the scenes of Hollywood – what advice would you give them?

Be confident, be smart, work hard and believe in yourself. Even if you aren’t an expert on something, try your best – even if you make mistakes. People will understand and forgive you. Your worth isn’t defined by what you know or what people think of you; your worth is defined by your own self-respect and how much value you give others through your actions. You have a voice, use it wisely and responsibly!