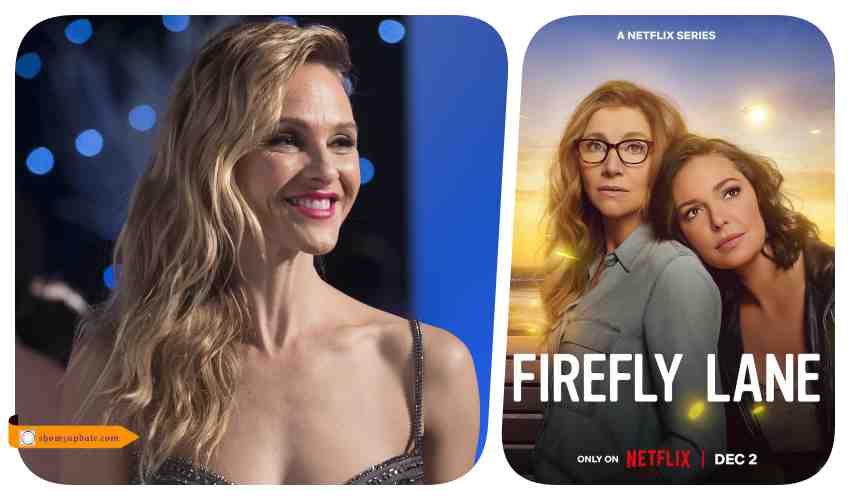 On the hit Netflix series Firefly Lane, viewers have been introduced to Tully Hart’s free-spirited and drug-addicted single mother, Cloud, played by Beau Garrett. While it may seem as if Cloud is living a life of ease and pleasure, the reality is much more complex than it appears. In this blog post, we will explore the ups and downs of Cloud’s life, as seen through the eyes of her daughter, Tully, and her other loved ones. From her struggles with addiction to her unconditional love for her daughter, this is the story of Cloud’s tumultuous journey. The Up and Down Life of Tully’s Addicted and Free-Spirited Mother, Cloud

The introduction of Beau Garrett as Cloud

Introducing Beau Garrett as Cloud, Tully’s single mother in the hit Netflix series Firefly Lane is a truly powerful and unforgettable experience. Cloud is a free-spirited, drug-addicted woman whose life has taken many unexpected turns, but through it all, she remains deeply devoted to her daughter Tully and their special bond.

Cloud is one of the most complex and interesting characters on Firefly Lane, embodying both the joy and tragedy of life. Her relationship with Tully is both unconditional and dynamic, constantly changing due to the unique circumstances of their lives. Through Cloud’s tumultuous life journey, we are able to witness her strength and determination as she faces each challenge head on.

Beau Garrett does an outstanding job of portraying Cloud’s raw emotion and courage, allowing viewers to understand the struggles that many addicts face. We learn that although her addiction has been a part of her life for many years, it doesn’t define who she is. Through Cloud’s story, we are reminded that no matter how difficult a situation might be, there is always hope.

Tully’s early years with her mother

Growing up, Tully Hart had a complicated relationship with her mother, Cloud. Cloud was a free-spirited single mother who often got herself into trouble due to her addiction to drugs. Despite her hard times and struggles, Cloud was a loving and caring mother who was always there for Tully when she needed her.

Tully remembers the tough times she spent with her mother, yet she still looks back fondly on their relationship. In the Netflix series Firefly Lane, Cloud is portrayed by actress Beau Garrett and we get to see the ups and downs of their relationship. Through Cloud, we are reminded that all parents make mistakes, but with love and support, it’s possible to move past them and build a strong bond with our children.

The show shines a light on the struggles faced by both Tully and Cloud. It is a reminder that even though difficult times can occur in any family, there is hope. Tully and Cloud are able to work through their issues and build a strong connection that lasts throughout the entire series.

By delving into the complexities of their relationship, the show offers viewers an intimate look into Tully’s early years with her mother. Despite all the hard times, it’s clear that Cloud was always there for Tully no matter what, and that their bond is unbreakable.

Tully’s teenage years with her mother

When Tully was growing up, her mother Cloud was a unique presence in her life. Cloud was a free spirit and a drug addict, and that often had a huge effect on Tully’s teenage years. Although Cloud’s addiction caused turbulence in their relationship, it also brought out the strong bond that they had together.

Tully and Cloud were extremely close, but at the same time, Cloud was a flawed individual who was unable to help her daughter in the way she needed. In order for them to have any kind of healthy relationship, Cloud had to make an effort to address her addiction and get help. Unfortunately, this rarely happened, and Tully often felt helpless and frustrated as she watched her mother struggle with her addiction.

Despite the difficult times, there were moments of joy between Tully and Cloud as well. Cloud loved to share stories about her wild youth, which provided a much-needed escape for Tully in her otherwise chaotic home life. She also encouraged Tully to be brave and independent, which ultimately enabled Tully to become the strong woman she is today.

The story of Cloud and Tully is a testament to the power of love and perseverance, even in the most difficult of circumstances.

Tully’s adult years with her mother

Growing up, Tully Hart was constantly in the presence of her strong-willed and free-spirited mother, Cloud, played by Beau Garrett. From a young age, Tully has learned that she can’t always rely on her mother’s reliability, as Cloud struggles with drug addiction and other vices. Despite this, Cloud is often a source of love and comfort for Tully.

In the Netflix show Firefly Lane, Tully’s teenage years with her mother are explored in detail. But as Tully matures into an adult, her relationship with her mother also evolves. As an adult, Tully still loves and cares for her mother, but is forced to face the realities of Cloud’s ongoing struggle with addiction.

Tully’s bond with her mother is tested when Cloud begins to experience more extreme lows due to her addiction. At times, Cloud can be unreliable, manipulative and even dangerous; yet despite all this, Tully never turns her back on her mother. Through it all, Tully strives to be supportive of Cloud and shows genuine care and concern.

The relationship between Tully and Cloud is one of the most complex in Firefly Lane; it is full of highs and lows. As the series progresses, Tully continues to grapple with how to best support her mother through her difficulties. This challenging journey serves as a reminder that family relationships are never easy, but are ultimately worth fighting for.