The Man behind the Portrait: Stephen Dillane as Graham Sutherland 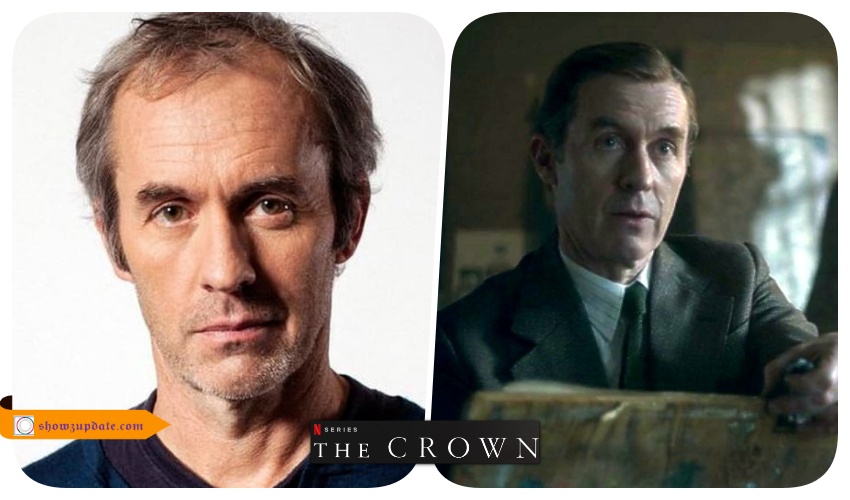 Every time you watch the first season of the Netflix series The Crown, your attention is likely caught by a painting on display in the background of many scenes. It’s the portrait of an elderly Winston Churchill painted by Graham Sutherland, and it was given to Churchill as a gift from his wife, Clementine Churchill. In this article, you’ll learn all about the man who played Graham Sutherland in The Crown, Stephen Dillane, and how he prepared to bring this character to life. The Man behind the Portrait: Stephen Dillane as Graham Sutherland

The Crown is a series on Netflix about Queen Elizabeth II and her children, with a cast that includes actors Claire Foy as the Queen, Matt Smith as Prince Phillip, Victoria Hamilton as the Duchess of Kent, Vanessa Kirby as Princess Margaret. While there are other noted artists who paint a portrait of the ageing Churchill including William Nicholson and Robin Robertson it is up to you which one you feel deserves recognition.

Taking on the role of an historical figure

Stephen Dillane stars as Graham Sutherland, a noted artist who paints a portrait of the ageing Churchill (season 1). This was an odd gig for Dillane since he’s normally known for playing ruthless villain roles on screen. When we asked him about his experience playing the warm, gentle Graham, he laughed and said, The odds are I’m never going to play that part again. It’s good to change up your pace.

Preparation for the role

Stephen Dillane knew from the first time he read the script that Graham Sutherland would be an enjoyable character to play. He was nervous about portraying such a significant historical figure, but realized that it would help him prepare for his other roles. The preparation process included research on Scottish portraiture and exhibitions of Churchill’s paintings, along with reading biographies and attending a lecture by Sir Martin Gilbert. The most difficult part of playing a real person, according to Mr.

A brief introduction to the real life Graham Sutherland

Graham Sutherland was a noted artist who painted a portrait of the ageing Churchill. With The Crown (TV series) now entering season three, there is no better time to look back at this piece of history. Born in 1905, he won the Tate Gallery’s coveted Turner Prize in 1944 and the Order of Merit in 1977.

The look and feel of central London during WWII

Season one of the Crown paints a vivid picture of life in London during World War II. The protagonist, a woman, watches her way of life crumble around her–opportunities for a career and to get married become limited due to the man shortage.

For The Crown season one, the costume design was an aspect that really made a profound difference. After looking at photos of the artist Graham Sutherland, it’s difficult not to notice that he favors earth tones in his painting and clothing. In order to compliment this, the costume designer would have picked pieces with those colors in mind to go with a particular scene or setting.

The Crown (TV series) tells the untold story of Queen Elizabeth II’s reign, following her time as a young woman and all the way up to today. One prominent figure who appears in season 1 is Winston Churchill, and he was painted by Graham Sutherland. He was commissioned by Churchill himself, a relationship that helped them both through some difficult periods – from the war to the precarious situation of Britain at the time.

An interview with actor Stephen Dillane

Q. Can you tell me about the project you were most excited about?

A. The portrait painting of Winston Churchill that I did for The Crown. It was a lot of fun and the actual painting is well-executed, so I’m happy with it.

Q. What do you hope your audience will gain from seeing your performance in The Crown? A.

Who did Stephen Dillane play in The Crown?

Stephen Dillane was born in London on 12th July, 1944. He is an English actor and director who is known for portraying King George III, Stannis Baratheon, Tommy Carcetti on The Wire, and Pryce in Spooks. As well as starring on the big screen in films like Les Misérables (1998) where he played Pontmercy, Enigma (2001) where he played Winterbotham, Titanic (1997) playing Mr.

Who played the painter Sutherland in The Crown?

Stephen Dillane is an English actor who played the painter in Season 1 of The Crown. Known for his roles in The Hours (2002), Brokeback Mountain (2005) and Game of Thrones (2013).

How old is Stephen Dillane?

Stephen Dillane is 60 years old and has been a working actor since 1988. In The Crown, he plays Graham Sutherland, a noted artist who paints a portrait of the ageing Churchill (season 1). Born in London on July 17th, 1957, he attended drama school and made his film debut in France with Krull (1983), an adventure sci-fi movie directed by Peter Yates.

What movies has Stephen Dillane been in?

Stephen Dillane is an English actor who has played roles such as Bill Haydon in the BBC series The Hour, Tom Ward in the supernatural horror Harry Potter and the Deathly Hallows (Parts 1 & 2) and Stannis Baratheon in the HBO drama Game of Thrones. For his performance as a noted artist who paints a portrait of the ageing Churchill on the TV series The Crown, he was nominated for an Emmy for Outstanding Supporting Actor.