The Lincoln Lawyer: A Book-To-Movie Adaptation Worth Checking Out 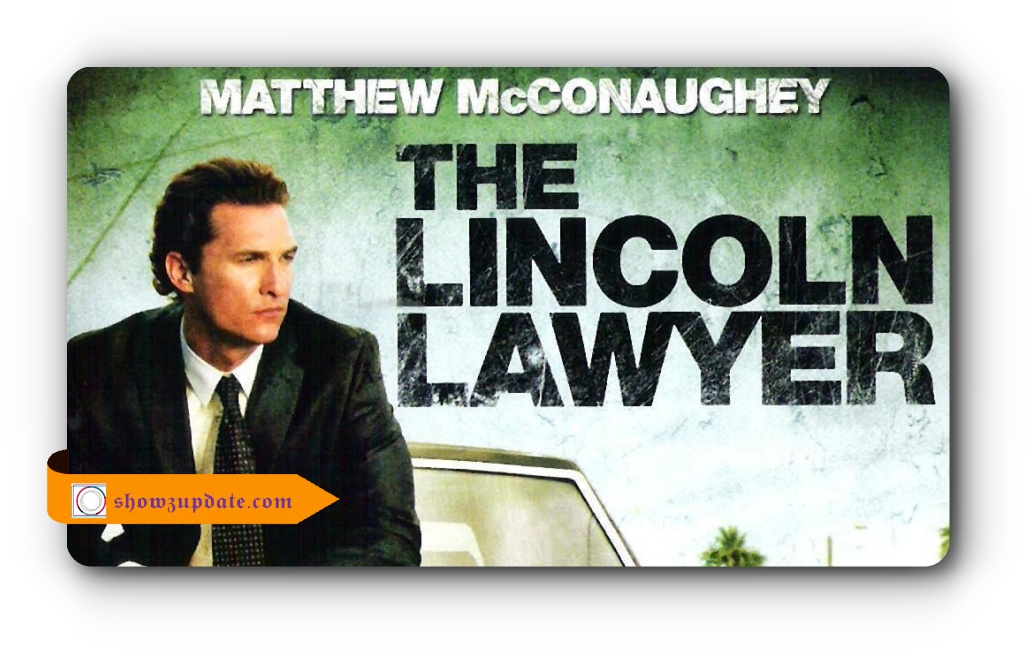 One of the most highly rated legal thriller novels of all time, The Lincoln Lawyer by Michael Connelly was released as a movie in 2011 and received generally positive reviews. Matthew McConaughey stars as the titular lawyer, Mickey Haller, who operates out of his Lincoln Continental car, which serves as his office when he’s on the road and as his home when he’s not working. The Lincoln Lawyer: A Book-To-Movie Adaptation Worth Checking Out

Matthew McConaughey stars as Haller, a gifted defense attorney known for operating out of his car and never being too far from a bottle of bourbon. Marisa Tomei plays Maggie, an alcoholic cop who is only happy when she’s drinking. At first glance these two characters might seem like complete opposites, but in truth they both share at least one thing in common—gift of gab. This is particularly true of McConaughey’s character, who rarely loses a case due to his silver tongue. His smooth talking skills aren’t just relegated to verbal interactions either; he has a flair for getting himself out of sticky situations with little effort and few resources—except maybe his good looks.

Just how good it is

The Lincoln Lawyer is a solid adaptation that doesn’t diverge too far from its source material, although it does streamline some of Connelly’s prose into a more readable—albeit less descriptive—script. Many elements of Connelly’s story remain intact in Furman’s film version, but without spoiling too much (and without giving away any major spoilers), fans who want to see their favorite scenes on screen will be happy with how well certain storylines were interpreted for cinema. It won’t make your jaw drop or wow you, but The Lincoln Lawyer is an entertaining legal thriller worth watching for courtroom drama and crime-novel aficionados alike. Oh, and those who’ve never read Connelly’s book before?

What I liked about it

The film itself was well done. I can only imagine how much better it was to read Connelly’s book (and it is on my must-read list), but as someone who hadn’t read it, The Lincoln Lawyer had a number of twists and turns that kept me guessing throughout. In addition, there were enough surprises for those who had read Connelly’s novel, and enough new information to keep those viewers happy. The cast was great—I love McConaughey (can you tell?)—and put in solid performances that matched their characters.

What could have been better

The casting choice for Haller, McConaughey (who does an excellent job as an unshaven lawyer), was spot on. The ending is also extremely satisfying, which is something not often said of book-to-movie adaptations. Yet despite these two strengths in a movie with a lot of positive points, it still falls short because some key parts to Connelly’s novel were left out in order to tell a more streamlined story. Also, most of the characters had little or no development and we’re given very little background information on them–even Haller’s assistant (played by Ryan Phillippe) barely has any lines at all.

An in-depth analysis of the book

It’s rare that a movie version of a book is even worth mentioning—after all, they are usually just fodder for teenage girls and literary fanatics. The Lincoln Lawyer , though, is an exception to that rule. While it did deviate from its source material, many consider it to be one of Matthew McConaughey’s best movies and one of Brad Furman’s more solid directorial efforts. This was largely due to John Romano’s screenplay, which he worked on for over five years before it went into production. His work paid off handsomely in terms of reviews and awards, but how true was his screenplay? Did it stay loyal to Connelly’s story or take liberties?

An analysis of how it fares as a movie adaptation

The 2011 film The Lincoln Lawyer has a lot going for it. Matthew McConaughey (Dallas Buyers Club) is in top form, depicting an ethically questionable lawyer who is given a new lease on life as he investigates a murder case that doesn’t have an innocent victim. John Romano (The Big Kahuna) adapted Michael Connelly’s bestseller into a slick courtroom drama with plenty of twists and turns to keep you guessing. Brad Furman (Olympus Has Fallen) brought all of those elements together seamlessly, creating a legal thriller that stands out from other fare in its genre.

My Thoughts on Watching It Twice

Watching The Lincoln Lawyer was a thrill from start to finish. The book by Michael Connelly is incredibly well written, and it’s extremely rare that I like a movie better than its source material. When I saw that Matthew McConaughey was starring in it, I really wanted to check it out. Although I wasn’t able to see it in theaters when it was released, I definitely recommend renting/buying it if you get a chance. As for John Romano and Brad Furman, you should go watch other movies they’ve worked on as well (Mystic River and The Take, respectively). Great performances all around!

3 Good Things About This Movie

The Lincoln Lawyer, adapted from Michael Connelly’s novel of the same name, was a surprise in its own right. It featured some of today’s biggest actors including Matthew McConaughey and Ryan Phillippe while also showcasing some up-and-coming stars such as Marisa Tomei. Perhaps most importantly, it presented a real story that was often times humorous and thought provoking. The movie follows a slick defense attorney named Mickey Haller (McConaughey) who operates out of his car traveling between courthouses throughout Los Angeles County.

3 Bad Things About This Movie

Before we begin talking about all of The Lincoln Lawyer’s strengths, let’s get one big negative out of the way. Like in so many book-to-movie adaptations, a lot of things had to be cut from Connelly’s novel for time and dramatic effect (and perhaps to avoid getting an NC-17 rating). Among these were a lot of details about Haller’s clients, including Eddie Bucky Baxter (Ryan Phillippe), who appeared in just one scene in Connelly’s book. While I’m sure McConaughey fans will appreciate having him on screen more than those who read The Lincoln Lawyer did, my initial reaction is that there was probably too much trimming here.

Recommendations on whether to watch this movie

If you’re a fan of detective stories and mysteries, then The Lincoln Lawyer will be right up your alley. It features a fast-paced story with plenty of twists and turns to keep you on your toes. Additionally, if you like Matthew McConaughey or William H. Macy (who plays McConaughey’s colleague), you might also want to watch it just for them. If you don’t care for either actor in particular, though, I wouldn’t bother—especially because there are other mystery movies out there that are better than The Lincoln Lawyer. In fact, when reading Connelly’s book , I found myself preferring it to watching Furman’s adaptation of it.