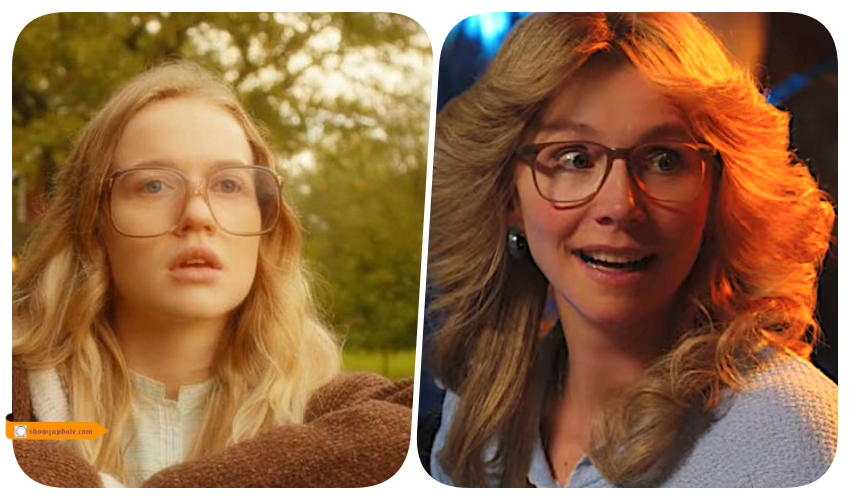 On Netflix’s hit series Firefly Lane, Sarah Chalke and Roan Curtis bring to life the unique and powerful friendship between Kate Mularkey and Tully Hart. Sarah Chalke stars as Kate, a housewife who is going through a divorce while trying to get back into the workforce. Roan Curtis plays the teenage version of Kate, showing us a younger version of the strong-willed and determined woman she has become. Together, these two actresses create a heartwarming and honest depiction of the special bond between two lifelong friends. Sarah Chalke and Roan Curtis Bring the Feminine Friendship of Firefly Lane to Life

What Firefly Lane Is About

Firefly Lane is a new Netflix series that follows the lives of lifelong friends Tully and Kate. Starring Sarah Chalke as Kate Mularkey and Roan Curtis as a young teenage Kate, the show examines the strength of female friendship in a turbulent world.

The show is set in Seattle, Washington, where the two girls meet at the age of 14 and their friendship carries them through life’s ups and downs. Despite their many differences, Tully and Kate remain close and offer each other support, no matter what obstacles stand in their way. As the years go by, we follow them through first loves, marriage, divorce, careers, motherhood and more.

For Kate, it’s a journey of self-discovery. After getting married young, she decides to take a break from her husband and explore who she is as an independent woman. As she struggles to redefine herself, Kate turns to Tully for guidance and strength, allowing them to both grow together and apart.

Sarah Chalke and Roan Curtis give an outstanding performance as the best friends at different stages in their lives. Their chemistry is undeniable and viewers will be able to feel the love between them that transcends time and space. Firefly Lane is sure to be a hit with its poignant portrayal of female friendships in modern society.

Sarah Chalke and Roan Curtis bring to life the nuanced, powerful feminine friendship at the core of Firefly Lane. The two actresses perfectly capture the characters of Kate Mularkey and Young teenage Kate, and the bond they share that has grown over many years.

Kate Mularkey, played by Sarah Chalke, is a housewife who is trying to get back in the workforce while going through a divorce. She is a true friend and an incredible source of support to her best friend Tully Hart (Katherine Heigl). As Kate matures and grows, she comes to understand herself better and learns to value her own strength and independence.

Roan Curtis stars as Young teenage Kate, capturing the awkwardness, uncertainty and enthusiasm of growing up with friendship, humor and grace. Through her teenage eyes, viewers get a glimpse into the deep friendship between Tully and Kate, as well as the power of female friendship during such an important time in life.

These two amazing actresses bring the powerful and inspiring female friendship of Firefly Lane to life. From the hardships they face together to the joys they share, these characters bring an honest, heartfelt dynamic that is both humorous and touching.

What the Actors Bring to the Roles

The hit Netflix series Firefly Lane has quickly become a fan favorite for its gripping storyline, complex characters, and emotional depth. At the center of the show is the unique and endearing friendship between Tully Hart (Katherine Heigl) and Kate Mularkey (Sarah Chalke).

Sarah Chalke’s performance as Kate is nothing short of remarkable. She seamlessly conveys Kate’s strength, humor, and loyalty to her best friend throughout the show’s four-season arc. Sarah brings a certain authenticity to the role of Kate that makes it impossible not to connect with her character and root for her along the way.

Meanwhile, Roan Curtis does a masterful job of portraying young teenage Kate. Roan captures the innocence and insecurities of youth with a surprisingly mature performance. As Kate grows and matures throughout the show, we get to see Roan bring this same vulnerability to a more grown-up version of the character.

Together, Sarah and Roan bring the complicated yet undeniably strong friendship between Tully and Kate to life in a truly magical way. Their chemistry on screen is palpable, making it easy to believe that these two have been friends since childhood. The performances of both actresses are incredibly moving and help to make Firefly Lane the captivating show it is.

Firefly Lane is a show that resonates with many women today. The story follows two best friends, Tully Hart (Katherine Heigl) and Kate Mularkey (Sarah Chalke), from their teenage years in 1974 to when they are in their forties in the early 2000s. The show focuses on the bond between them, and how their friendship evolves over time.

The show’s characters represent different aspects of womanhood, from the free-spirited Tully who always stands up for herself, to Kate’s struggles as a housewife trying to get back into the workforce while going through a divorce. Roan Curtis portrays young teenage Kate, providing an interesting perspective on the growth of both characters.

Firefly Lane touches upon important themes such as female empowerment, relationships, and identity. It provides a unique insight into the realities of womanhood in modern society, emphasizing the strength and resilience of the female spirit.

As an audience, we can learn valuable lessons from Firefly Lane. We can see how female friendships evolve over time and appreciate the importance of standing up for oneself and pursuing one’s dreams. The show also encourages us to embrace our individual identities and understand that we all have our own stories to tell.

Does Kate ever forgive Tully?

One of the central questions that viewers are left wondering in Netflix’s Firefly Lane is whether or not Kate Mularkey (Sarah Chalke) will ever forgive her best friend Tully Hart (Katherine Heigl). While Tully has made many mistakes in the past, it’s still up in the air if Kate will ever be able to fully forgive her.

The father of Tully’s baby is never revealed in Firefly Lane. Although it is hinted that Johnny Ryan (Ben Lawson) is the potential father, there is never any concrete evidence to confirm this.

Fly Away is a separate show from Firefly Lane, so it cannot be considered as a sequel. Fly Away is a new drama series about a teenage girl struggling with her mother’s mental illness. The series stars Crystal Balint as Hannah Baker and David Rasche as Tom Baker.

In Firefly Lane, Kate’s husband is played by Michael Stahl-David. He portrays Max Brody, a successful business executive who is devoted to his wife and daughter. Despite their seemingly perfect relationship, it becomes apparent that all is not what it seems when their marriage begins to crumble.

No matter how hard it may be for Kate to forgive Tully for all of the wrongs she has committed, viewers can only hope that the two best friends can find a way back to each other and mend the broken relationship between them.