Ryan Bingham as Walker in Yellowstone: A Former Prisoner’s Journey to Redemption 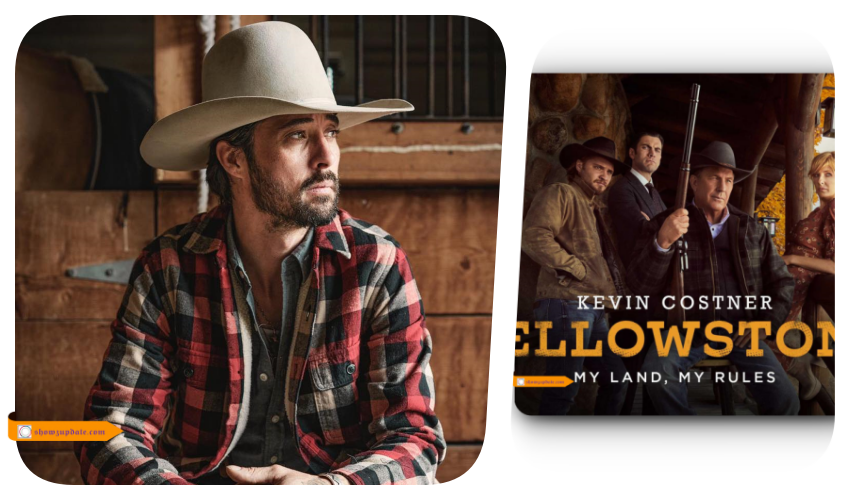 Ryan Bingham is a character in the popular TV series Yellowstone, played by actor Ryan Bingham. He is a former prisoner who has been recruited as a ranch hand at Yellowstone by Rip Wheeler. Bingham’s character, Walker, is an interesting and complex figure who has taken a journey of redemption and discovery as he embarks on his new life at Yellowstone. This blog post will explore Walker’s journey and his role in the series, as well as the potential for his character to be seen as a symbol of hope and redemption. Ryan Bingham as Walker in Yellowstone: A Former Prisoner’s Journey to Redemption

Ryan Bingham’s arrival at Yellowstone as Walker in season four of the hit show brought with it a story of redemption and transformation. Walker, a former prisoner, has been recruited as a ranch hand at Yellowstone by Rip Wheeler. He is tasked with taking care of the horses on the ranch and helping out with day-to-day operations.

Walker’s journey is one of resilience and courage. Despite his past, he is determined to prove himself to the other ranch hands and prove that he is capable of change. His story highlights how everyone deserves a second chance to make a better life for themselves, no matter where they come from or what they have done.

Through his hard work and dedication, Walker has been able to gain the respect of those around him. He is seen as a role model for others who may be facing similar situations and striving for redemption. His story is one that will inspire viewers and remind them that anything is possible if you put your mind to it.

So far, Walker has been an integral part of the Yellowstone family, and we can’t wait to see where his journey takes him next. It’s clear that Ryan Bingham has taken Walker to heart and created an unforgettable character whose story will stay with us for a long time to come.

His character’s journey from prisoner to ranch hand

Since the fourth season of Yellowstone, viewers have been captivated by the journey of Ryan Bingham’s character Walker. After being released from prison, he was recruited as a ranch hand at the Yellowstone ranch and quickly became a valuable asset to the ranch.

Walker’s character has undergone a dramatic transformation since his introduction in the show. Initially, he was a mysterious figure who had been in and out of jail for some time, with not much known about his backstory. However, as the seasons progressed, we have seen Walker’s character evolve. He is now an integral part of the ranch, assisting in various tasks and providing invaluable help to Rip Wheeler and the rest of the family.

It is clear that Yellowstone has done a great job at exploring Walker’s journey to redemption. Through his interactions with other characters on the show, we can see how far he has come since his days as a prisoner. We witness how hard he works to prove himself to those around him and how he has become an invaluable member of the team.

Walker’s story is an inspiring one, as it shows how it is possible to turn your life around no matter what your past may be. It also serves as a reminder that there is hope even when you feel like all is lost. His story will continue to captivate viewers in the upcoming seasons of Yellowstone and we look forward to watching him continue on his path to redemption.

How Bingham brought depth and dimension to his role

When Ryan Bingham was first cast as Walker in Yellowstone, there was a lot of excitement around the show. Fans had heard about the talented actor and were eager to see what he would bring to the role. As the series progressed, it became apparent that Bingham was not only bringing talent to the table, but also an unparalleled sense of depth and dimension to his character.

Walker’s arc throughout the series has been one of redemption, as he goes from being a prisoner on the run to a trusted ranch hand at Yellowstone. Bingham brought a subtlety to Walker’s backstory, allowing us to understand why he chose this path and why he struggles so much with the idea of returning to prison. He also lent an emotional complexity to Walker, showing how he deals with the guilt of his past and how he struggles to build trust with the Dutton family.

Bingham’s performance has been nothing short of remarkable, and it’s hard to imagine the series without him. His nuanced portrayal of Walker has made Yellowstone a standout show, and fans are eagerly awaiting what’s next for the character. It’s clear that Bingham is not just a talented actor, but also a great storyteller who brings depth and dimension to each character he plays.

The challenges of filming in such a remote location

Filming the fourth season of Yellowstone was an incredible challenge for the cast and crew, as the show is shot almost entirely on location in Montana. One of the most challenging aspects of filming in such a remote location is the fact that many of the actors are not familiar with the area, making their performances more difficult to capture.

Ryan Bingham, who plays Walker, a former prisoner recruited as a ranch hand at Yellowstone by Rip Wheeler, faced this challenge head-on. Despite his lack of familiarity with the area, he did an incredible job conveying the emotions and complexities of his character’s journey towards redemption.

The Yellowstone crew worked around the clock to ensure that all of the shots they needed were captured in time. This often included shooting in remote locations, traveling to different sets, and finding creative ways to light up scenes. The crew also had to deal with harsh weather conditions and the constant threat of wild animals.

Ryan Bingham’s performance amidst these conditions has been praised by viewers and critics alike. He brings a sense of empathy to Walker’s story, which resonates with viewers on an emotional level. The challenges faced by the crew and cast during filming make the success of Walker’s story all the more impressive.

The importance of redemption stories on television

The success of the television show Yellowstone has been largely attributed to its compelling storylines, interesting characters, and vivid settings. One of the most notable characters of the show is Walker, played by Ryan Bingham. A former prisoner, Walker is recruited as a ranch hand at Yellowstone by Rip Wheeler, beginning a journey of redemption.

Walker’s redemption story offers viewers an inspiring example of how far a person can come if they are willing to put in the effort and work hard. In a world that can often be harsh and unforgiving, Walker’s story provides a beacon of hope and a reminder that it is never too late to turn your life around.

Not only is Walker’s redemption story inspiring to viewers, it also helps to demonstrate the importance of second chances. By showing how someone with a troubled past can make something of themselves, Yellowstone serves as an example of how we should view those who may have made mistakes in the past. It is a reminder that everyone deserves the chance to redeem themselves and start anew.

It is no wonder then, that Walker’s story has resonated so strongly with viewers. It offers us a glimpse into a world that we may not have access to otherwise, and it serves as a reminder of the power of redemption and second chances. Through its compelling storyline, Yellowstone has demonstrated why redemption stories are so important in television.