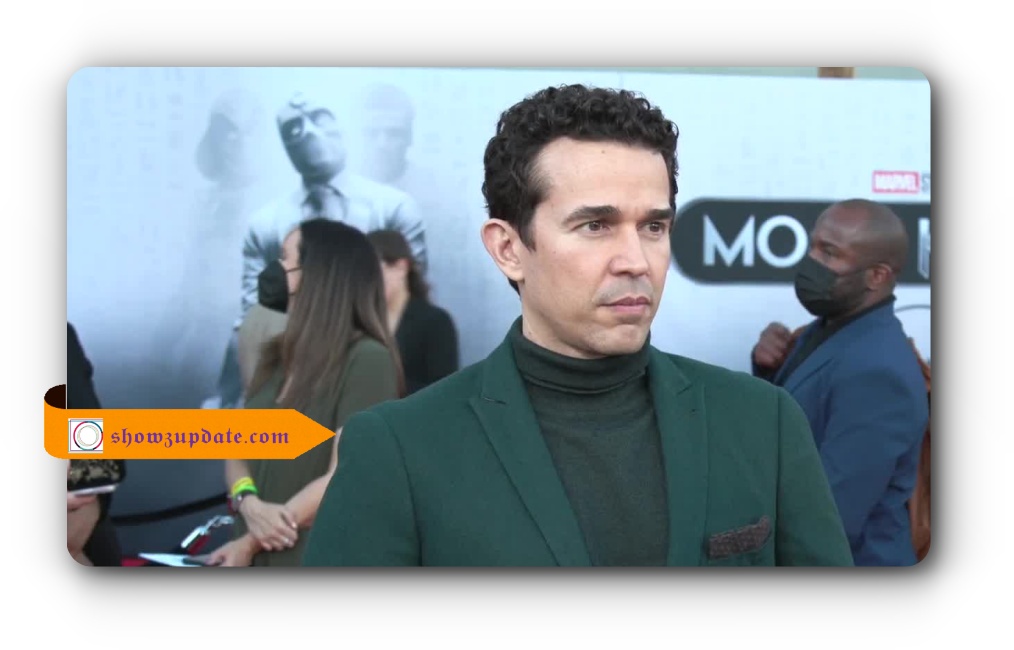 With the release of Moon Knight #188, Rey Lucas’s story as Marc Spector’s father and Wendy Spector’s husband has come to an end. This final issue was not easy to read—for many reasons. Marc Spector (aka Moon Knight) killed his father by pushing him out of a plane, seconds after Elias told Marc he loved him. Rey Lucas as Elias Spector: Marc’s father and Wendy’s husband

Elias Spector aka Moon Knight was created by Doug Moench and Don Perlin, first appearing in Werewolf by Night #32. During most of his early appearances Moon Knight was identified as Jake Lockley, a member of the Chicago Police Department. The character’s actual identity was later revealed to be that of police officer Jake Lockley, whom Marc Spector had forced to commit suicide after ruining his life. Marc begins using Lockley’s birth name once again following Captain America #252 (Feb 1982), in which he renounces his Moon Knight identity entirely.

In order to play Elias Spector, Marvel Comics agreed to let Moon Knight creator Doug Moench use elements of several other superheroes in his character. The original costume was a white suit with a skintight red vest; however, after seeing Superman, Neal Adams redesigned it to be all-white except for a yellow triangular moon on his chest that was taken from Batman. The third version of Moon Knight’s costume introduced in 1985 was an entirely original design by artist Bill Sienkiewicz. Later artists have reinterpreted elements of previous costumes into new looks for him.

Where to get your comics online

While Marvel will be making their comics available digitally on September 10th, you’ll still need to visit your local comic shop every Wednesday to get new issues. For those that have grown accustomed to digital comics, here are a few places you can get your hands on them. The top five digital retailers (comiXology, iVerse, Graphicly, Panelfly, and Panel Syndicate) allow readers to purchase single issues or subscribe for a flat monthly fee; prices vary depending on what you’re looking for. There are also several apps that sell individual issues for about $3.99 each—the same price as print versions at most shops—and some offer discounts or deals if you buy in bulk from time to time.

I think he [Spector] just wants to be a normal person. He doesn’t want to be in that life of super-heroes and villains… I think even from an early age he saw what his mother was like, so I think that pushed him away from all of it. Smallwood added, It’s all about passion for him. It’s about whether or not you have passion for something. If you don’t believe in something, if it doesn’t excite you…you will never succeed.

No one knows what happened to Elias Spector, but there are plenty of theories floating around. One thing I think we can all agree on is that it must have been traumatic for young Marc to lose his father in such a violent manner. How did you approach those scenes with young Marc? It’s heartbreaking; I know my parents died when I was pretty young, but to have your mom leave you in such a horrific way…that must just be so hard. The whole family dynamic is so unique because it’s not like any other comic book where there is a super hero who is also a dad or something like that. In Moon Knight #2-4, we get more backstory than we did from #1!

An interview with The Defenders director Douglas Petrie

The Defenders is Marvel’s latest Netflix-exclusive superhero team up. It brings together four separate heroes for an eight episode season, following characters such as Jessica Jones (Krysten Ritter), Luke Cage (Mike Colter), Daredevil (Charlie Cox) and, of course, Iron Fist (Finn Jones). In a show packed with heroes, it’s easy to overlook some of them – but what about character actor Rey Lucas? He plays Marc’s father Elias. According to Douglas Petrie, who directed two episodes of The Defenders , Lucas brought a unique intensity to his performance: I was just taken by Rey right away. I just loved him right away.

Ryan Coogler (director of Creed) said he was going to show up. I’m very much looking forward to that! But there are a lot of great directors, like John Dahl (who directed episodes of shows such as Breaking Bad, The Man in The High Castle, and others). So many great directors on board. Oh! And I’m really excited about how well things are going with Danny Rand in Iron Fist. We really got it right with Finn Jones; he is perfect for that role. And that show is going to be awesome. It’s still a little early so I can’t say too much yet, but hopefully it will be out soon!