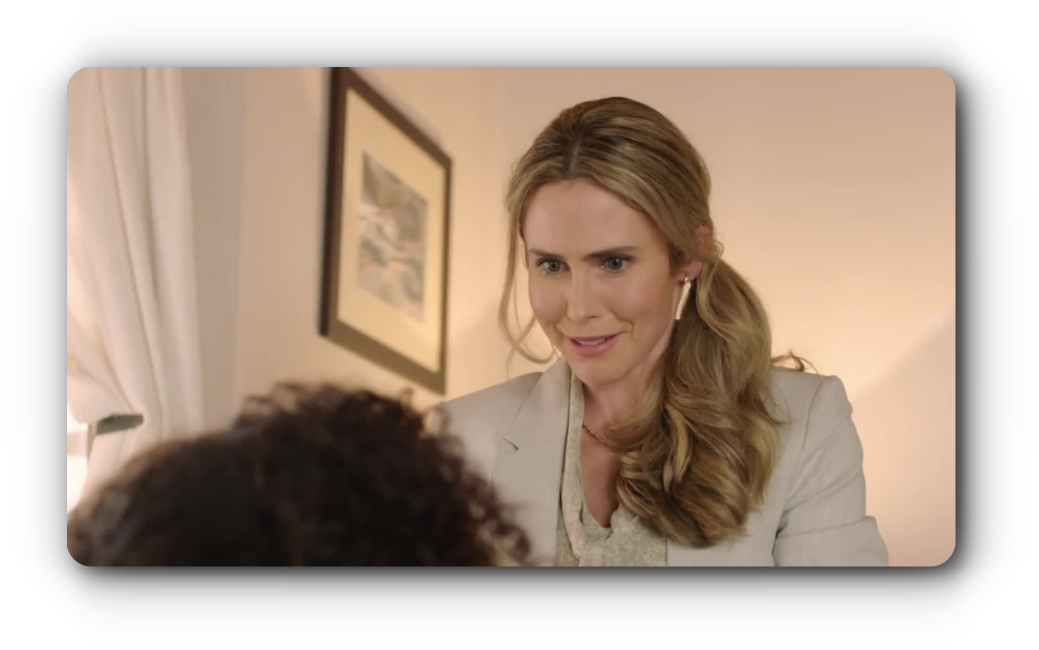 Actor Jen Van Epps has made a name for herself playing the role of Tess in the thrilling horror film M3GAN. In the movie, Jen plays a synthetic human created to be a companion for an isolated young girl. As a horror film, M3GAN is certainly not for the faint of heart, and Jen Van Epps does an impressive job of bringing her character to life in a truly terrifying way. In this blog post, we will be discussing Jen’s experience playing the role of Tess and the challenges she faced in portraying a scary synthetic human. M3GAN Star Jen Van Epps on Playing a Scary Synthetic Human

What was it like to play a scary synthetic human?

Playing the role of Tess, a synthetic human in the new TV show M3GAN, was an exciting challenge. As a character that lives between the realms of technology and humanity, I had to find the right balance between robotic and human behavior. I had to learn how to make the audience believe that Tess is something more than a machine but less than a person.

To prepare for the role, I watched countless science fiction movies and documentaries to get a better understanding of artificial intelligence. I wanted to be able to bring a sense of authenticity to the character. In order to capture the emotionless facade that comes with playing a synthetic being, I also worked with a dialect coach and learned to control my facial expressions.

The most challenging part of playing Tess was finding the perfect balance between her robotic and human characteristics. Tess is a character that must be completely believable, so I had to find ways to make sure that my performance didn’t come off as too robotic or too human-like. By taking what I had learned from my research and combining it with my own intuition, I was able to portray Tess in a believable way.

Fans can expect to see Tess grow and evolve as the season progresses. We’ll see her become more aware of herself and her place in the world around her, leading to a deeper exploration of technology and humanity. It’s been an incredible experience to be able to play such a complex character and I’m excited for everyone to see what’s in store.

When I was cast in M3GAN as Tess, I knew that I wanted to really do justice to the character. To prepare for the role, I did a lot of research into synthetic humans and AI technology. I read articles and watched documentaries about the history of AI and what we know so far about the potential of robotics and synthetic humans. I also read up on the show’s source material – the novel Artificial Intelligence by George Brodkin – to get a better sense of the characters.

I also worked with a dialect coach to make sure that my portrayal of Tess was as accurate as possible. It was important for me to nail the nuances of her robotic voice, mannerisms, and movements. I had to study movements like blinking and facial expressions, which are usually very subtle but are necessary for a convincing portrayal.

See also  Death on the Nile and Annette Bening as Euphemia

Finally, I practiced various scenes with my director, to ensure that my delivery was convincing and that the emotion of the scene came across properly. Overall, I spent months preparing for this role, from studying the source material to rehearsing my lines and movements.

What was the most challenging part of playing Tess?

Playing Tess in M3GAN was one of the most difficult roles I have ever undertaken. The character is a synthetic human, so I had to make sure that I could convey the emotions of a machine while still making her feel relatable and believable. On top of this, I had to ensure that my performance stayed consistent as the audience followed Tess’s journey throughout the show. It was a challenge to bring Tess to life in such a way that would make her feel like a real person with her own unique traits and nuances.

In addition to this, Tess’s journey takes many unexpected turns throughout the season. This made it difficult to keep track of where she was at any given moment and how she should be feeling. It also meant that I had to be constantly prepared for any twists or turns the story might take, as well as ensuring that my performance reflected Tess’s changing emotional state accordingly. Overall, playing Tess was both a thrilling and incredibly challenging experience.

What are your thoughts on the show’s overall themes of technology and humanity?

I think M3GAN does a great job of exploring the intersection between technology and humanity. It’s a thought-provoking show that poses some difficult questions about the power of technology, the implications of artificial intelligence, and the ethical dilemmas that come along with creating something that has the power to replace human life. Through the eyes of my character Tess, we see how the rapid advancements in technology can sometimes seem daunting and almost uncontrollable, but also how those same advances can be a positive force for good. It’s been an incredibly rewarding experience to take part in a project that’s so rooted in these important themes, and I hope that viewers will continue to explore and discuss these topics as they watch the rest of the season.

What can fans expect from the rest of the season?

Fans can expect a thrilling and thought-provoking ride as M3GAN dives deeper into the relationship between technology and humanity. As Tess’ journey continues, viewers will be taken on a wild adventure as she struggles to understand her own identity, the dangers of AI, and the ethical implications of a technology gone rogue. With twists and turns around every corner, it is sure to keep viewers guessing and on the edge of their seats. Fans can also expect an intriguing exploration of emotions and relationships as Tess learns more about herself and the humans around her, as well as a unique take on artificial intelligence that blends science fiction and horror. Whether you’re a fan of horror, science fiction, or both, there’s something for everyone to enjoy in the thrilling season ahead.