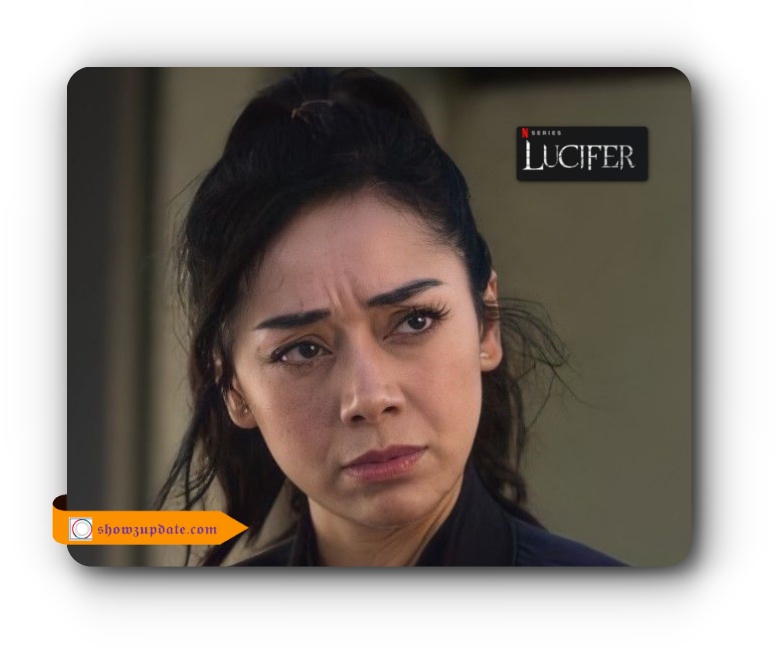 In the third season of Fox’s hit show, Lucifer, forensic scientist Ella Lopez (played by Aimee Garcia) was revealed to be an angel on the most recent episode. There are plenty of facts that you might not know about Garcia and her character, so we sat down with the actress to find out more about how she got into acting, how it felt to audition for the role of Ella, and what she likes to do in her free time. Here’s what we learned Lucifer  star Aimee Garcia dishes on playing Ella Lopez

On getting the role

I’m not even sure if I really knew what a forensic scientist was, but I was like ‘Okay, sounds fun! Sure, count me in.’ And it’s been so much fun. Playing a scientist of any kind is cool. It’s so much fun because you get to be so nerdy and knowledgeable about something. So many days, I’m doing my own thing in between takes while they’re setting up and I’m like, ‘Oh hey guys! What are we doing today?’ They’re like ‘She doesn’t know?!’ ‘No!’ It’s nice that I have a skill set of something that doesn’t really exist.

On what fans can expect from season 4

The show picks up a few months after season 3. [Ella] definitely isn’t pregnant anymore, so we get to see her in a different light. There’s new dynamics and relationships. We’re able to explore more of what makes her Lucifer’s foil, his partner, his friend, whatever you want to call it. I think people are going to be very pleased with what she gets into during these six episodes.

What is your favorite part about playing Ella?

My favorite part about playing Ella is that I get to explore different aspects of her personality. In season one she’s just a regular forensic scientist, in season two we start to learn more about her family and in season three there is a big twist.—Aimee Garcia, actor and co-executive producer of Lucifer on Fox TV.

Which fictional character would you most like to meet?

Everyone knows who Spock is, right? I’d have to say Leonard Nimoy, who played him. He’s one of my favorite actors and I think he has a great personality. Plus he seems like a really cool guy. Oh, and he’s been around since Star Trek: The Original Series came out in 1966! We’re both pretty old…but that doesn’t mean we can’t hang out!

What do you love about working with Tom Ellis?

I’ve never been happier. He’s so funny and he always makes me laugh. This past season, we actually got to explore a lot more of Ella and Tom, who plays Lucifer Morningstar, really got to show his comedic chops. It was a lot of fun for me to watch because I knew that he was going to nail it. And it didn’t disappoint—he is hilarious!

Is there anything we should look forward to in upcoming episodes?

The dynamic between Ella and Lucifer is a lot of fun. We’ve got some great stuff coming up with Lee Diamonthra (Scarlett Estevez) and Trixie (Sadie Stratton). I’m very excited about that, too. She just works so hard to try to put Lucifer in his place. He’s very used to intimidating people into getting what he wants. Now he has these two little girls who won’t let him get away with anything – they’re tough on him! That’s been a lot of fun for me, personally, as an actor. The relationship between them is hilarious; it was something I hadn’t seen before, so I jumped at it!

If you could have any superpower, what would it be?

It would have to be teleportation. In today’s society, we’re always stuck in our own little bubble. You get into your car and drive to work or school, you sit at your desk all day, then you drive home and do it all over again. If I could teleport myself anywhere in a blink of an eye I’d be able to experience so much more of life than I’m capable of doing right now. So yeah, teleportation!

Who’s your favorite superhero or villain?

The fact that so many people across different countries and cultures have latched onto a character that is so flawed, and makes mistakes, but is willing to do everything in her power to try and change—that’s very inspiring. I think women need more characters like that right now. #TeamElla? We’ll take it.

What does #TeamElla mean to you?

I think what we see with #TeamElla is people rooting for someone who isn’t afraid to be vulnerable and human. There’s something about Ella that can relate to everyone, which I love because there are a lot of characters that I love but I don’t necessarily want to be them or hang out with them. They’re a bit too perfect in my eyes and I don’t relate to them as much. That being said, every single day, fans tell me how much they relate to her and it makes me so happy because it means we did our job right.

See also  Why The Avengers is the Greatest Superhero Movie Ever

What is Ella Lopez real name?

Aimee Garcia (born August 2, 1980) is an American actress. She played Jamie Batista in season 2 of Dexter and supporting character Valerie Vargas in season 7 of Dexter. Her most notable role to date is that of Officer Maria LaGuerta’s daughter, ADA Carmen Phillips, on Showtime’s hit TV series Dexter. She has appeared in television shows such as That ’70s Show and The Vampire Diaries. In 2014 she was cast as a lead character in Fox series Lucifer opposite Tom Ellis.

How old was Aimee Garcia in George Lopez?

All I know is that George Lopez started in 2002 and ended in 2007. That’s a five year run so she could have been anywhere from 16 to 21 during that time frame. She was probably around 19 years old when it first started because she wasn’t a main character until season 2. George Lopez was a TV show starring American actor George Lopez (real name: Jorge Ramon ‘George’ Lopez, Jr.) as a fictionalized version of himself, who moves his family to an apartment building in Los Angeles, California. The series was produced by Fortis Films and Nuyorican Productions in association with Warner Bros.. Television for ABC Studios and aired from March 27, 2002, to May 8, 2007.

No, Aimee is not related to Mario Lopez. However, both are Californians with Mexican ancestry. Mario’s father is from Mexico and his mother has Irish-American ancestry. Aimee is Spanish for Amy, and she was born with her given name before she changed it. Her maternal grandparents immigrated from Mexico to California in 1930, during an immigration wave between 1920 and 1940 that included many Mexicans seeking better opportunities in America after living through difficult economic times in their country of origin.