Lagertha as a Shieldmaiden with a New Mission 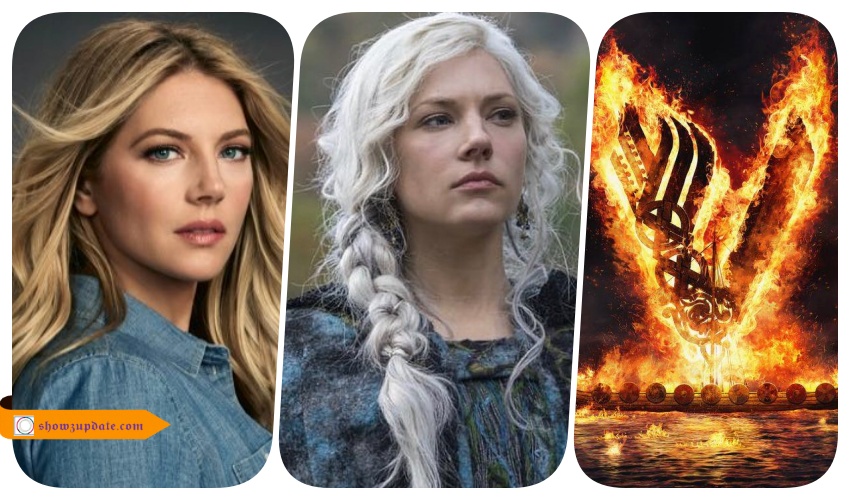 Lagertha was once one of the greatest and most powerful shieldmaidens in all of Scandinavia, and although she loved Ragnar deeply, she also understood his dream to go west to explore the new world beyond the ocean. When he left, she ruled over their settlement with an iron fist, keeping order and creating peace where there had been chaos before. Now that Ragnar has returned, Lagertha must decide if her new mission—to be by his side and help him to build a new country—is worth abandoning her rule over Kattegat to pursue it. Lagertha as a Shieldmaiden with a New Mission

Lagertha was born sometime around 771 and is most likely in her mid-to-late 40s by season 4. Lagertha had many suitors growing up and she married Ragnar when she was quite young. At some point after marrying Ragnar, she fell out of love, left him for Earl Sigvard, then came back to Ragnar when Sigvard was killed in battle. The two would have an on-again off-again relationship until their marriage finally fell apart.

Behind the scenes filming Season 6

Lagertha (Katheryn Winnick) is many things to Ragnar (Travis Fimmel), but she’s never been far from his mind, even though he’s now married to another woman. In Season 5, Lagertha has been living in England where King Ecbert (Linus Roache) has taken her in and made her his wife. In Season 6, Lagertha will discover there’s more to life than being a shieldmaiden.

Who was she in season 6?

In Vikings season 6, viewers saw Lagertha open a center for women to learn swordplay. It’s safe to say that shieldmaidens are back in style, and it was about time too! They aren’t just fierce and beautiful, but also intelligent and powerful. These women have been warriors since they were born: training from an early age to fight alongside their men.

Having become Queen of Kattegat, Lagertha is now tasked with leading its people through threats both new and old. As Ragnar’s first wife, she knows him better than anyone—perhaps even herself—and that knowledge could save her in an unexpected encounter. We can’t wait to see what mission (as Katheryn Winnick puts it) awaits her on Vikings Season 6!

How much will we see her?

Lagertha is a very influential character in The History Channel’s Vikings, and she should be in season 6. This means we will see her, but probably not much due to her new mission of becoming Queen.

The new queen of Kattegat

After 20 years away, Lagertha is coming home and making a name for herself. She’s defeated powerful foes on her way to reclaiming her power in Viking society but that’s only just the beginning. Lagertha has big plans for Kattegat and she won’t be challenged by any of Ragnar’s sons (or daughters) in Season 4 of Vikings. Make sure you tune in to see what she does next!