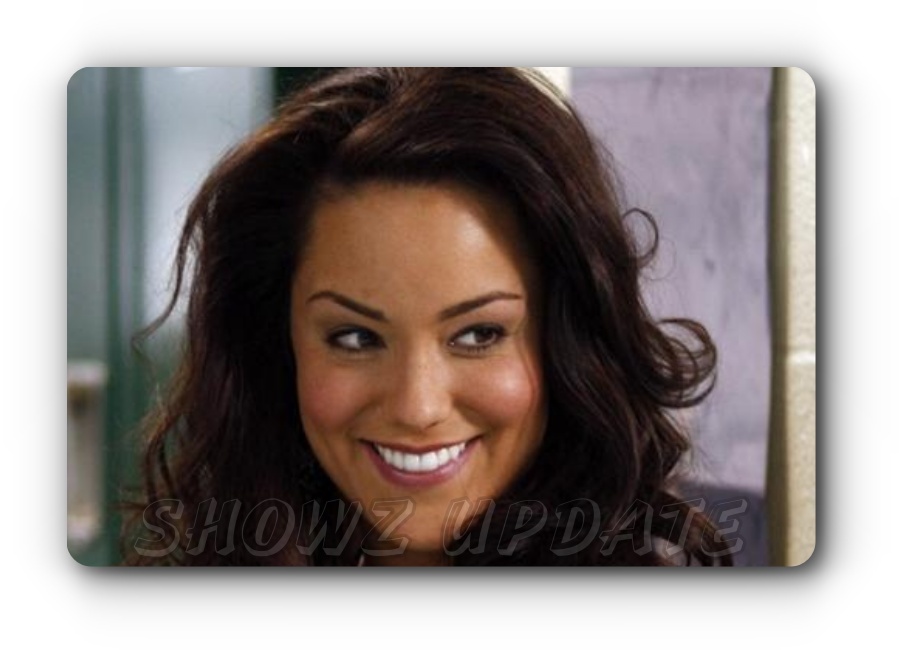 In addition to starring in the hit CBS comedy Mike & Molly, Katy Mixon has had roles in plenty of big movies like Hall Pass and The House Bunny, as well as several commercials and guest appearances on TV shows like Two and a Half Men and Hot in Cleveland. In fact, she’s been nominated twice at the Critics’ Choice Television Awards for her role as April Buchanon on Mike & Molly (in 2012 and 2013). But have you ever wondered about some of the little-known facts about Katy Mixon? Check out these 8 crazy facts about Katy Mixon below! Katy Mixon : 8 Crazy Facts You Never Knew About

Fact #1: She modeled for Miss Dessert

Katy Mixon was a model for two years before becoming an actress. She made her first appearance in print as Miss Dessert in 2013, where she’s pictured with long brown hair and black eye shadow. (source) Fact #2: She starred on The Young and The Restless: Before landing her role on Mike & Molly, Mixon played Lola Griffin on The Young and The Restless. In fact, she was nominated for three Daytime Emmy Awards during her time on Y&R from 2004 to 2008.

Despite her TV roles as a high-powered executive or lawyer, you might be surprised to know that Katy is not an actress by trade. She graduated with a degree in marketing from Georgia State University in 1997. In 2002, she worked at a management consulting firm that led her to Los Angeles and eventually landed her her first TV role on 7th Heaven in 2003. Her appearance was uncredited. Prior to acting, she was a buyer for Macy’s department store. Katy Mixon : 8 Crazy Facts You Never Knew About

Fact #3: The Y in her name doesn’t stand for anything

It’s just an extra letter. In her early career, she was often referred to as Katherine, which is why she chose Katy for a professional moniker. The Y can stand for whatever you want it to stand for—she says that people usually assume it stands for youth or yellow. Or, you know, YOLO! (She prefers April.)
Katy always gets in character when she’s preparing for an audition, so much so that she sometimes even freaks out family members and friends who haven’t seen her in awhile. When I do my audition prep, I change into someone else; I become April Buchanon and I live in North Carolina and my husband owns a car dealership and we have two kids.

Fact #4: She was homeless during high school

To support herself, she worked as a security guard. I made just enough money to get by every month. I couldn’t even take a shower or do my laundry. I would go to a 24-hour gym and sneak in there after they closed at night.

Fact #5: She auditioned 3 times to get cast on Two and a Half Men

Funny lady and B&B star, Katy Mixon has proven herself to be quite talented. However, it took her a while to get where she is today; she auditioned 3 times before landing a role on 2 and a Half Men, but was still turned down multiple times by The Big Bang Theory! Way to prove those casting directors wrong though, Katy!

Fact #6: Almost Died From Pneumonia During Her First Year On Two And A Half Men

Actress Katy Mixon nearly died from pneumonia during her first year on Two and a Half Men. She was only able to film one episode of season two while recovering in bed, which ended up being her breakout performance. Now she plays an unlucky-in-love girl-next-door type on Mike & Molly, and she even got married in real life! How’s that for irony?

Fact #7: Her Audition Wasn’t Good Enough For Two And A Half Men

After shooting an audition tape for Two and a Half Men in 2006, ABC cast her to play Andy’s half-sister (and potential love interest) April on Happy Endings. I guess it didn’t hurt that she was dating Angus T. Jones at the time…

Fact #8: She Almost Turned Down the Role Of April For ‘Mike & Molly’

Mike & Molly came along in season three, but it was earlier in April’s run that Mixon almost turned down her breakout role. We had already shot one season of American Housewife and then I got a call to go audition for Mike & Molly, she told TV Insider.

Why April from Eastbound & Down was my favorite TV character

When Eastbound & Down first came out, I didn’t think it would have much of an impact on the world of television. It seemed like another dark, unfunny satire that wouldn’t last past the first season. One thing I couldn’t get enough of though, was the character April Buchanon, played by Katy Mixon.

She made me laugh

While April wasn’t always as endearing as she could have been, her comedic timing made me laugh every time. She had a light-hearted and fun-loving way about her that helped brighten up any stressful moment.

She had her own style

No matter what she wore, April stood out. She had her own style, and it wasn’t trendy. It wasn’t like anything I’d ever seen before on TV. She didn’t care how she looked, she just wore whatever made her feel comfortable—no matter how ridiculous. And that made me love her even more! I can only hope to have some of her indifference towards fashion in my life one day.

She didn’t take crap from anyone

While she didn’t have a college degree and had questionable financial skills, April knew her self-worth. She wasn’t afraid to fight for what she wanted or stand up for herself when she was being disrespected—she wasn’t afraid to call people out on their bull. As we all should be!

April had a soft spot for anything four-legged and furry. Animals, no matter how wild, would follow her around like puppies. It didn’t matter if it was a kangaroo in Australia or an elephant in Thailand, she just loved animals, and as far as I’m concerned that is something to be commended. Most people wouldn’t let something so wild come near them; but she just wasn’t afraid.