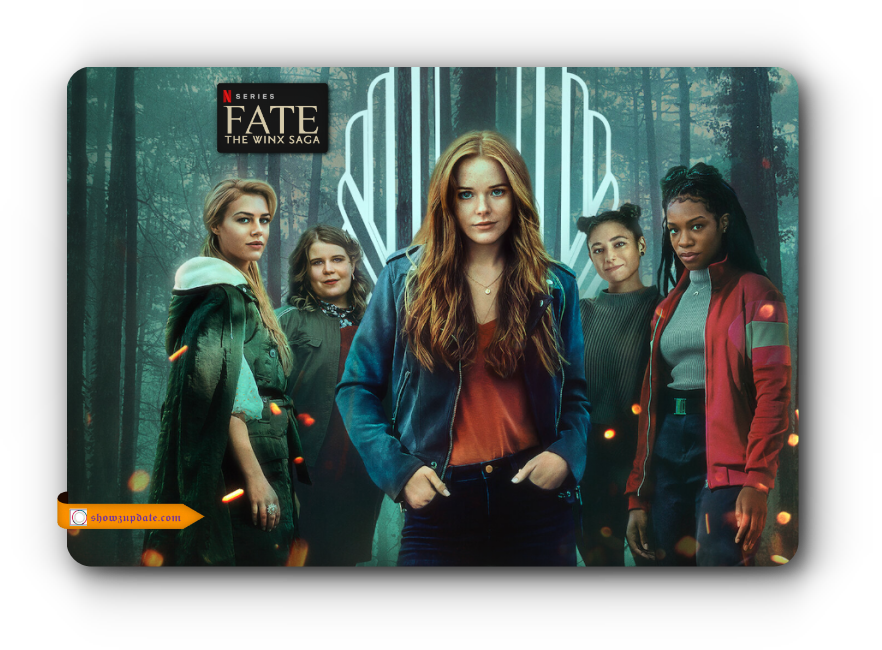 It’s no secret that the Fate: The Winx saga is a fantastically popular series. So popular in fact, that a brand-new story arc has been announced, and it will see the return of the Winx! But who is this new character? Read on to find out more about this exciting development! Fate: The Winx Saga: New Character Revealed

Images and Concept Art of the New Character

Season 5 of the hit show, Fate: The Winx Saga, is almost here, and fans are eagerly waiting to learn more about the new character, Stella. Images and concept art of the fairy have been released and they look amazing! She’s a mix between Tinkerbell and Cinderella, so winx fans will love her look. Alongside Bloom and Flora, Stella forms the core trio of Winx Club members for Season 5. Her powers relate to the elements – air, water, earth, and fire – so it will be interesting to see how her story unfolds. In the meantime, keep an eye out for new episodes of the show as they air on Disney Channel UK on Fridays at 8pm.

Character Revealed for Fate: The Winx Saga’s Next Story Arc

Fans of the magical show, Fate: The Winx Saga, are eagerly waiting for the next story arc. And, according to a recent report, they won’t have to wait too long. In a recent interview, the show’s creator, Arianne Phillips, revealed that a new character will be joining the cast of the show in its next story arc. Her name is Perdita and she is a Valkyrie who can transform into different animals. Her arrival is sure to excite fans of the show who have been eagerly waiting for her arrival. It’s been revealed that she’s been sent by Queen Magilla to stop the power of Illuminus from spreading throughout Equestria. Are you excited for her arrival?

Fans of the show Fate: The Winx Saga have been eagerly waiting for the return of their favorite characters. And this year, they will get their wish – in a new animated movie! The plot is still a mystery, but it’s sure to be a must-watch. Be sure to check theaters for the release date this year when it drops – you won’t regret it!

Another Spin on the Classic Fairy Tale Tale

Fans of the Fate: The Winx saga have been waiting anxiously for the release of the all-new season, and the wait is finally over! Starting on November 13th, Disney XD will air all-new episodes of the series that will reveal the identity of the new character, Alfea. She’s a brave and strong fairy who helps to save the day many times throughout the series. Her story follows that of classic fairytales, with some unique twists that are sure to appeal to fans of the franchise. So, be sure to tune in and see who wins the heart of the magical Winx club!

Fans of the Fate manga series are eagerly awaiting the next chapter which will reveal more about the new character, Luna. Luna is a mystical creature who can turn into birds. According to the manga’s creator, abec, Luna is a carefree and happy-go-lucky character who is similar to Bloom. This new development follows the release of a new image of the character which is set to release on October 15th. The manga is set to continue with the next chapter on that date, so make sure you’re following it!

Are there any other exciting developments in store for fans of Fate: The Winx Saga?

Yes, there are a few exciting developments in store for fans of Fate: The Winx Saga. First, a new character has been revealed- Bloom the Harpy. Bloom is a dark and mysterious creature who plays an important role in the upcoming episodes of the show. Her dark and mysterious nature will surely captivate fans of the series. Additionally, Season 5 of the show is almost coming to a close, so keep your eyes peeled for more exciting developments as the finale approaches. Fans of the show will love what’s in store for them.

Who is the new character in the Fate: The Winx Saga?

According to reports, the new character in the Fate: The Winx Saga is called Aisha. She is a powerful witch with a vast knowledge of magic spells and reportedly can also turn into any kind of animal. Her appearance is described as dark hair that falls down her back, green eyes, and creepy looking robes.

What does this mean for fans of the series?

When the new character in the series was first mentioned, fans of the show were excited to learn more about her. She is a heroine who possesses many of the same attributes as main character Bloom, including a strong will, powerful magic, an unyielding sense of justice, and immense strength. Her story is said to parallel with Bloom’s story as they both search for their respective fates.

Are you excited for this upcoming season of Fate: The Winx Saga?

Yes, I’m definitely excited for the upcoming season of Fate: The Winx Saga! Stella Polaris is a new character that has been revealed and she seems to be a pretty exciting addition. Some of her powers include teleportation, time travel, and possession, so it looks like this season is going to be really action-packed. Judging from the trailer, it looks like the fairies are finally going to get their own epic saga underway!

What are some other spoilers about Fate: The Winx Saga that we can look forward to in Season 10?

Aside from the love triangle drama and fashion-related storyline that viewers can look forward to in Season 10, there are also a few other spoilers that we can anticipate. Some of these include: 1. A new character might be wearing an outfit that looks strikingly similar to Trixie’s, sparking speculation about a possible rivalry between the fairies. 2. It looks like the show is going to explore fashion more in this upcoming season, which is something that fans have been requesting for a while now. 3. There might be a big confrontation between Bloom and her fairy godmother Stella that will leave viewers on the edge of their seats.

It’s been a long time coming, but the winx are finally returning to the anime screen in a brand new movie! The cast and crew of the Fate manga have been hard at work revealing the character design for the next story arc of the saga, and it looks spectacular! Not to mention, the winx will also make a return in a brand new animated movie that is set to release in late . Be sure to stay tuned for all the latest updates on this classic fairy tale, as well as other exciting projects in the works by our team of talented journalists.