Does PUBG Mobile Have Controller Support? 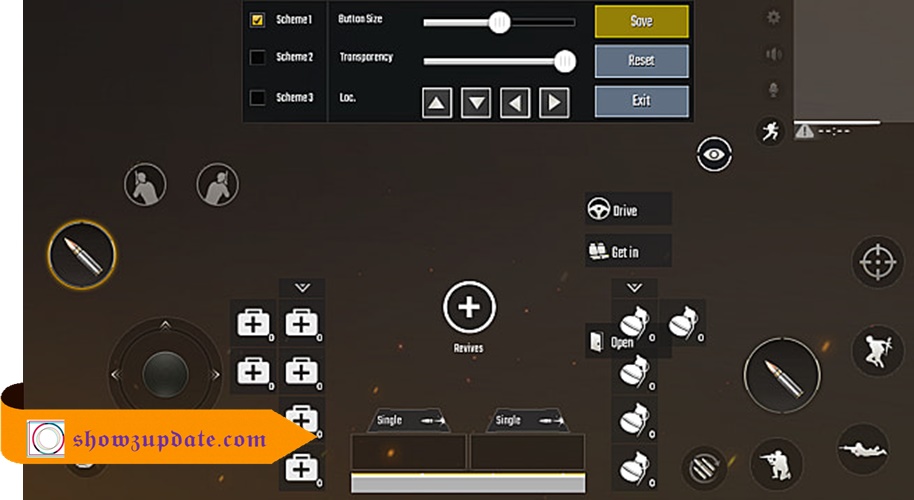 If you love to play PLAYERUNKNOWN’S BATTLEGROUNDS (PUBG), but wish you could use a controller, you may have been disappointed to learn that PUBG Mobile does not officially support controller input, nor does it have any plans to do so in the future. However, there are ways to use controllers with PUBG Mobile on your Android device or iPhone/iPad, which we’ll explain below. But first, let’s review how Android and iOS handle controllers vs. touch input… Does PUBG Mobile Have Controller Support?

If you’re a console gamer, you probably already have a controller in your arsenal, but if not, consider picking one up for mobile gaming. Just about every major Android game supports some kind of controller input at present, and I haven’t found a single title yet that doesn’t play better with physical controls.

What about bluetooth-enabled controllers for Android phones?

There are a lot of controller options out there, and it’s tough to know which one is right for you. That’s why we put together a list of controllers that will work with your Android phone and Google-powered gaming device. Whether you play on Xbox or PlayStation, Nintendo Switch or PC, there’s a controller here for everyone! Let’s get started!

What about Ipega Wireless Gamepads

Though there’s still no official announcement from Tencent Games, controller support is already possible on PUBG Mobile. According to several Reddit users, it works seamlessly with third-party gamepads by Ipega. There are many similar brands out there so you can go with anything, and they usually cost around 20$ or less. To my knowledge, they all should work.

How does aiming work with a gamepad?

Both a gamepad and keyboard-and-mouse allow you to aim at different enemies, but they accomplish that differently. Your mouse allows you to see your aiming reticle moving across your screen in real time; your thumbstick will move your aiming reticle around on your screen as fast as you can turn it. This is fine for long range shots (especially sniper shots), but is harder to use for mid-range combat where you want to quickly lock onto a target, aim and fire.

In recent years, controller support for mobile games has become increasingly important. Because of how many buttons and inputs a console or PC gamepad has compared to a touchscreen, controller support can completely change how we interact with our devices. Developers have taken note of that fact and are now starting to add controller support to their mobile apps. As such, it’s important to know what controllers work well on PUBG Mobile! Here’s our list of best gamepads for PUBG Mobile

Should you get one? Our Verdict on Controllers For PUBG Mobile.

If you’re serious about mobile gaming and love PlayerUnknown’s Battlegrounds, a Bluetooth controller might be worth investing in. They are not cheap, so should you get one? Here is our verdict. The game is meant to be played with a touchscreen, but there are ways to control it using a keyboard or mouse too. Controllers for Android phones have been around for years now, but it wasn’t until recently that some companies decided to try and make controllers for phones that could play more demanding games like PUBG Mobile. But does it work? Should you buy one of these controllers if you want to improve your game on your phone? In short: yes!

Why would you need a controller on your phone?

A controller gives you greater control over a mobile game. If you’re planning on doing some serious gaming, or want to play on a console-like experience, then investing in an MFi controller for your iOS device is worth it. If you don’t have one and don’t plan on getting one, then there is no reason to install one of these apps! Your fingers will do just fine!

What’s better than playing PUBG on your phone? Playing it with a controller, of course. If you’re interested in bringing your gaming experience to new heights, you should consider investing in one of these great controllers. They’ll work well for both Android and iOS devices and will also work for other games besides PUBG (Fortnite, anyone?). Here are some of our favorites

If you’re looking for a way to game on your mobile device in comfort, you should definitely consider buying a controller. Just like playing a console game, gaming with a controller is much more comfortable than doing so with touchscreen controls. Controllers are also a must if you plan on playing multiplayer games – there’s no point trying to play Fortnite or Apex Legends with touchscreen controls!

So you want to play PUBG mobile with a controller, but you don’t know where to start. Here are some tips on how to do just that! First, you need to make sure your phone is compatible with bluetooth controllers (most modern phones should be). Then, simply pair your controller and enjoy playing games like PUBG mobile and Fortnite Battle Royale in style. It’s worth noting that not all bluetooth controllers will work equally well with your phone. Some have issues connecting or staying connected while others require specific apps in order to function properly.

Can you use a controller on PUBG Mobile?

It’s a question that comes up a lot on forums and subreddits, but since we haven’t played on console ourselves, we don’t have an answer. While you can easily use a controller with any number of games out there, it seems like Tencent may not have included support for controllers in PUBG Mobile. That said, if you really want to play using a controller on your Android device, it is possible—but it requires root access. You can check out our guide here to learn how to do so .

Does PUBG Mobile have controller support ?

Hey guys, today I want to talk about controller support in pubg mobile. In order to answer if pubg mobile has controller support we will have to see what a controller is. A controller is basically a peripheral device that can be connected with a console or computer or laptop so that you can play games in a much more better and responsive way as compared to your keyboard and mouse or touchpad. Almost all latest high-end gaming consoles come with controllers right out of box now-days.

Can I play PUBG PC with controller?

As of right now, no. There are several games out there that support controllers on a number of platforms, but none for PUBG Mobile yet. If you’re searching for one for your PC or console, you can find a list of those here . However, it may be too early to expect controller support since it’s possible Bluehole is working on something along those lines. With any luck we’ll see official information about controller support at some point in 2019.

After a number of requests by players, Tencent added support for controllers to PUBG Mobile with its version 0.10.0 update. Now, many of you are probably wondering which controllers are compatible with your device and how to set them up on your phone or tablet in order to use them in-game. While we’re not going to dive into all of that here, we will say that using a controller is much more than just plugging it in and getting to playing.