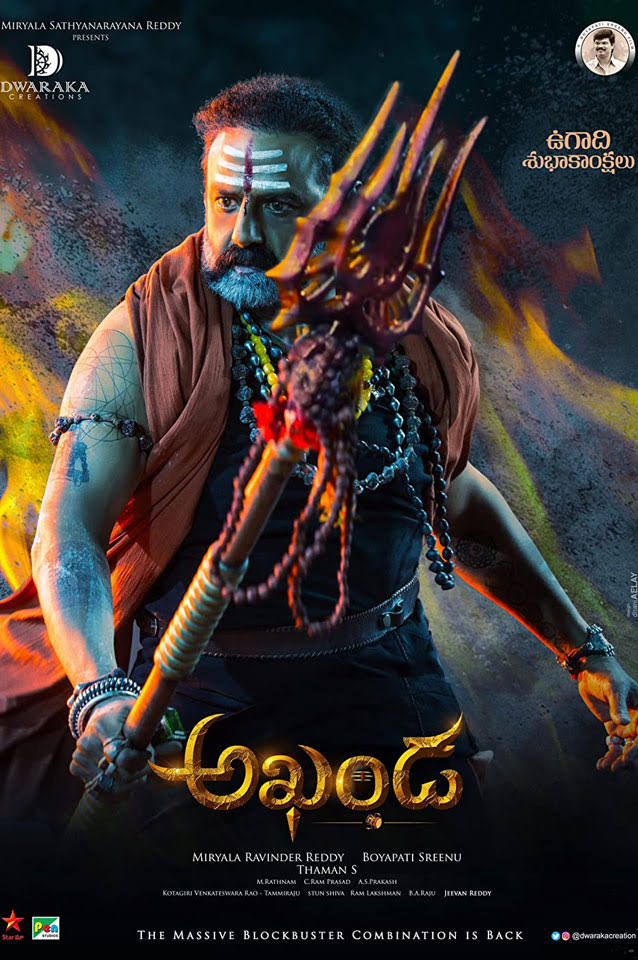 Disney+ Hotstar Reject “Akhanda” Balakrishna’s Akhanda is going on dream run at the box office. Surprisingly enough, the film registered housefuls in a few centers today, more than 4 weeks post its theatrical release. Incidentally, the makers had already signed 6-week OTT release agreement with Disney+ Hotstar. But after witnessing the box office pull of the film, the producer has apparently requested Hotstar to postpone the OTT release by a couple of weeks

Disney+ Hotstar Reject “Akhanda” Akhanda is a 2021 Indian Telugu-language action drama film written and directed by Boyapati Srinu. Produced by Dwaraka Creations, the film stars Nandamuri Balakrishna in a dual role alongside Pragya Jaiswal, Jagapathi Babu and Srikanth. The soundtrack album and the film score is composed by S. Thaman.

Released on 2 December 2021, the film opened to mixed reviews with praise for Balakrishna’s performance as an Aghora but criticism for the storyline.The film however was commercially successful grossing over ₹100 crore at the box office.