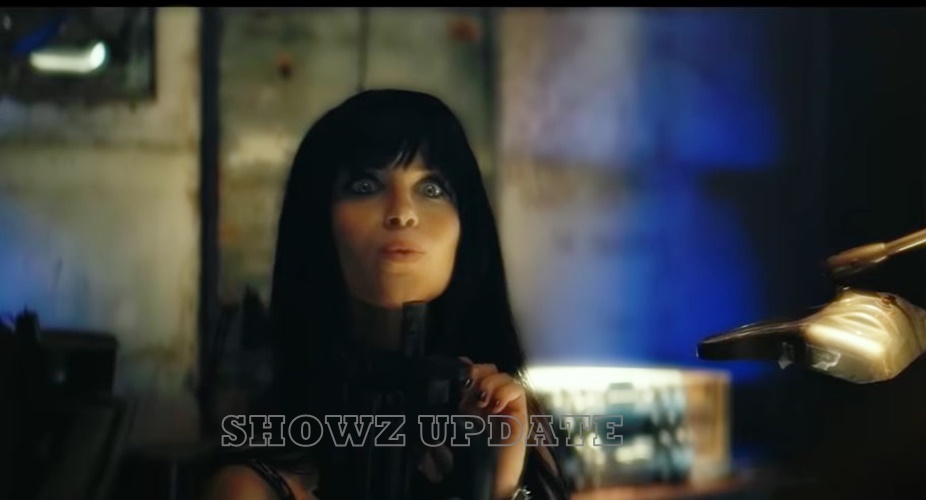 On Friday’s episode of the USA network’s new TV show, Queen of the South, one of the main character’s female accomplices finds herself in trouble with the law in an especially bad way when she refuses to tell authorities where she has hidden her boss’ heroin stash. She gives them an ultimatum: execute her, or send her back to prison for life as part of a long-term drug cartel cooperation program, where she knows that several members of her former crew will kill her if they find out she has been ratted out. Cherie The Boys Weapons Specialist

Cherie was a career criminal. Like Frenchie, she was born into crime and grew up on the streets of Brooklyn. But unlike Frenchie, Cherie quickly embraced her life as a gangster and excelled at it—perhaps too much so. Cherie saw no end to her criminal exploits and steadily moved up in her local organization.

Thanks to her expertise with arms and weaponry, Cherie was able to upgrade those slingshots into lethal weapons. In short: a woman after my own heart. She’s also known for being witty and smart – a great combo in anyone I know. With that said, she’s one of Frenchie’s former criminal associates. How could I not love her?

As a weapons specialist working in covert operations, Cherie must have a wide variety of skills. In fact, one of her first appearances has her disarming a bomb while on board an airplane. Given that she is also skilled in other areas such as driving, martial arts and explosives (as shown later), it makes sense that she may have received formal training from either an intelligence agency or special ops team prior to joining Frenchie’s criminal outfit.

Cherie looked like a woman from an old black-and-white Hollywood film. She had a mane of dark curls that reached down to her hips, a ruby-red mouth, wide brown eyes and porcelain skin with a peach tint to it. Her nails were long and painted red and she wore sky high heels that made her legs look even longer than they already were. It was impossible not to stare at her.