As the Crow Flies: Meet Defne Kayalar the Woman Bringing Turkish TV to the World 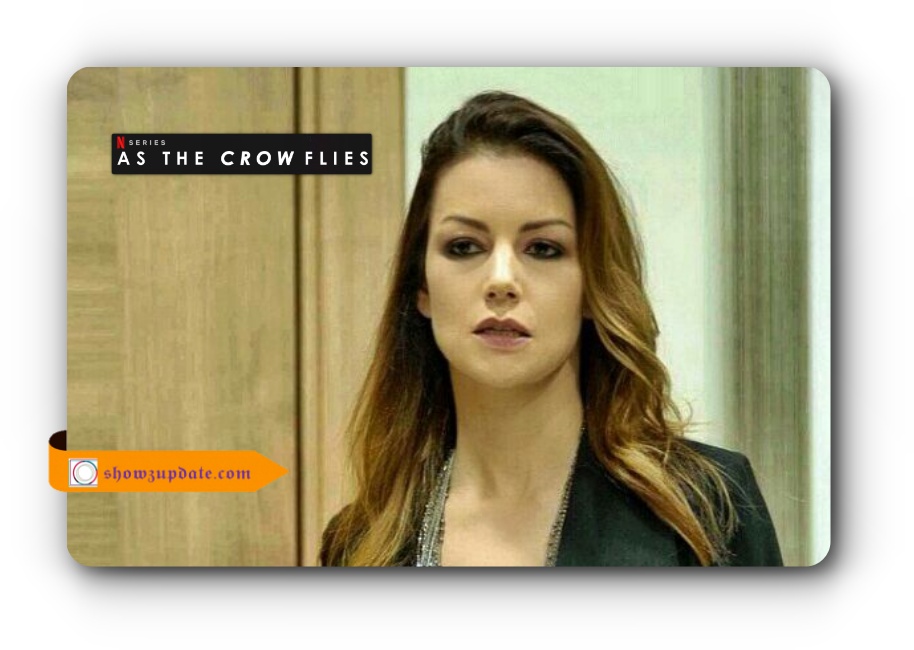 Today, we’re pleased to introduce Defne Kayalar, the award-winning actress who plays Gül in As the Crow Flies on Netflix and around the world. Kayalar is an award-winning actress and voice artist who has appeared in numerous plays and short films as well as TV series such as Derin Arım, Güneşi Beklerken, Binbir Gece and Öyle Bir Geçer Zaman Ki, the Turkish version of How I Met Your Mother. As the Crow Flies: Meet Defne Kayalar the Woman Bringing Turkish TV to the World

Who Is Defne Kayalar

With her take-no-prisoners attitude and feisty nature (she once famously shot back at a Twitter hater: Get cancer you twit), one might be forgiven for assuming that Turkey’s queen of YouTube is a brash extrovert. But when I sit down with her over coffee in a trendy Istanbul cafe it becomes clear that she is neither – at least not on camera. For all her worldly savviness and street smarts, 25-year-old Ankara native Defne Kayalar is deeply shy when it comes to talking about herself. When I tell her so before our interview begins, she smiles bashfully and gives me an eye roll – How can I be shy?

Defne Kayalar Play As Gul As the Crow Flies

A global drama television series broadcast in Turkey, has proven to be very popular on You Tube and other social media platforms. The story revolves around a twenty-eight year old housewife named Gül who after years of being abused by her husband’s family finally leaves her home.

Gül is not what one would call attractive but is a good mother and wife; she was born with something wrong with her face which has been burned as well so she hides behind thick glasses and long hair while outside of her home. While away from her family, Gül meets İbrahim Birsoy (Keremcem); he saves her from an attempted rape then takes it upon himself to find out why she ran away from home.

Before The Dark which premiered on Hulu in 2017. As Turkey’s most successful producer of television content over the past decade, she has overseen more than 100 hours of drama programming aired on major American and international networks and multiple countries worldwide including Fox (UK), NBCUniversal International Television Production (Russia), ProSiebenSat.1 Germany, TF1 France and Spain’s Telecinco. In addition to Alacakaranlık: Before The Dark, currently in its second season for Hulu, English-language audiences can also watch her adaptations of best-selling books About a Boy and Notorious (starring Piper Perabo). These two shows are airing exclusively on Amazon Prime Video.

Searching for Lost People on Netflix After starring in many television shows and a few feature films both in Turkey and Europe, actress Defne Kayalar has done what many people dream of doing. She has taken her hard-earned skills to Los Angeles to gain international recognition by playing Gül on Netflix’s Sense8. The show’s second season is now available for streaming on Netflix. In her debut as Gül, she says that even if she hadn’t been an actress she would have ended up in some type of service work because that is just who she is.

As The Crow Flies is a new series on NiT that explores global TV shows. First up? We’re taking a look at Turkey’s most popular show, Noor. The highly-anticipated adaptation of book Noor by Selçuk Altun has already been renewed for season two by Star TV, and we caught up with star Defne Kayalar (who plays Gül) and series director Hande Erçel before they headed back to Istanbul following their whirlwind press tour in Los Angeles. Here are our thoughts on everything from Turkish food favorites to their hopes for season two—and much more!

Turkey has always been at or near my heart. I can’t tell you why exactly. Maybe it’s because I visited Istanbul for the first time when I was just a little girl, but it became a part of me and my soul. Also, I just love food! In fact, most Turks do too. In addition to being home to one of my favorite cuisines in all of Europe, Turkey is also known for its rich history and culture. And as much as I adore many other countries around Europe (France, Italy, Greece), none hold quite as much appeal as Turkey does. So when I learned that Netflix had acquired Turkish series Fatmagül’ün Suçu Ne? (or What is Fatmagül’s Fault?) with plans to distribute it globally in 2017…well let’s just say that was pretty exciting news!

It’s hard not to admire a series like As The Crow Flies. It was made by young people, for young people—people who are told all their lives that they have no power or importance. Somehow, almost against all odds and outside of all traditional avenues of production and distribution in Turkey, they managed to do it anyway. I have no idea if it will find an audience or be a success or even be allowed on air at home when it airs later in 2015—but I don’t care. This is art unadulterated by fear and compromise—art as its most defiantly un-cynical form. There’s nothing more refreshing than that. At least until Season 2 comes along next year…