A Home for Carter: Beth Dutton Takes in a Troubled Teenager at Yellowstone 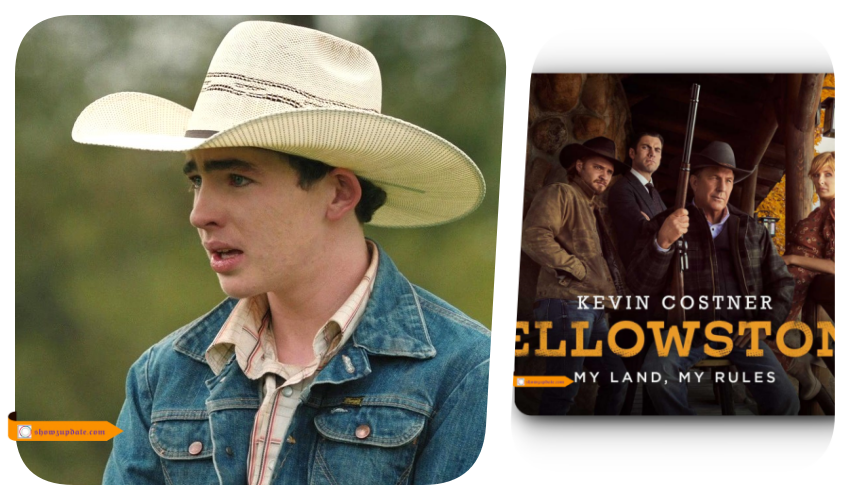 When troubled teenager Carter arrived at Yellowstone, he had no home and no one to turn to. But thanks to Beth Dutton’s generous heart, Carter found a place to stay and a family to care for him. After taking him in, Beth has been dedicated to helping him build a better life for himself and find his place in the world. In this blog post, we will take a closer look at how Beth’s actions have changed Carter’s life for the better, and how the two of them are continuing to support each other. A Home for Carter: Beth Dutton Takes in a Troubled Teenager at Yellowstone

What Happened to Carter?

Carter is an orphaned teenager who was taken in by Beth Dutton at Yellowstone. Before meeting Beth, Carter had been through a lot of hardship and had to fend for himself. It is unclear how he ended up on the ranch, but it is clear that he was in need of a home.

Beth saw the potential in Carter and decided to take him in and give him a place to call home. She welcomed him with open arms and treated him as if he were her own. She provided him with food, clothing, and most importantly, love.

Carter has since flourished under Beth’s care. He has become a valued member of the Yellowstone family and is even considered part of the Dutton family now. Despite his past, he has been given a new lease on life, and the opportunity to create a better future for himself.

Carter’s story is one of perseverance and hope. He could have easily become another statistic, but instead he found himself a new home and family at Yellowstone. We wish him all the best as he continues to grow and thrive in his newfound home.

Who is Beth Dutton?

Beth Dutton is one of the main characters of the popular drama series Yellowstone. She is played by Kelly Reilly and her character is a strong, independent woman who is a force to be reckoned with in the world of business and Montana ranching.

Beth is the only daughter of John Dutton and the heiress to the massive Yellowstone Ranch. Despite coming from a powerful and influential family, Beth chooses to forge her own path and proves time and time again that she can succeed in business on her own terms. She is a shrewd negotiator and is unafraid to take risks in order to get what she wants.

Despite her tough exterior, Beth has a softer side when it comes to those in need. In season four of Yellowstone, we see this side of her when she takes in a troubled teenager, Carter, and gives him a home at Yellowstone. Beth takes Carter under her wing and provides him with a safe place where he can heal and grow into the man he was meant to be. It’s a heartwarming moment that further displays the compassionate side of Beth Dutton.

Why Did Beth Decide to Take Carter In?

The Yellowstone Ranch is a place of great beauty and serenity, and it’s no surprise that Beth Dutton has opened her home to a troubled teenager in need of a second chance. Carter, the young teen at the heart of Yellowstone’s fourth season, is an orphan taken in by Beth with open arms. But why did she decide to take him in?

On the surface, it’s easy to see that Beth’s kindness and sense of responsibility drove her to give Carter a home. Yet there’s more than meets the eye when it comes to her decision. Though Carter may have been a stranger to her at first, Beth was likely reminded of her own family struggles while looking at him. After all, she was once an orphan herself, so she knows what it’s like to feel lost and alone in the world.

Beth’s compassion for others is a large part of her character, and Carter’s presence on the Yellowstone Ranch only served to further highlight that trait. In taking him in, she shows just how far she’s willing to go for someone in need, even if that person is a complete stranger. It’s a truly beautiful and selfless act, and one that speaks volumes about the kind of person Beth really is.

What Does the Future Hold for Carter and Beth?

The future of Carter and Beth’s relationship is up in the air as Yellowstone moves forward into its fourth season. Despite having been taken in by Beth Dutton, Carter still finds himself struggling with his troubled past and the trauma he has experienced. There is a lot of hope for Carter as he moves forward, especially since he now has a safe and stable home with Beth.

At the end of season three, we saw Carter start to build a closer relationship with Beth, showing her more of his vulnerable side and leaning on her for emotional support. It’s clear that Carter trusts Beth and feels comfortable around her, so their bond is growing. In upcoming episodes, it will be interesting to see how this relationship further develops and how Beth can help Carter heal from his past trauma.

There are sure to be obstacles in Carter and Beth’s path, and it will take time for them to reach a true understanding of each other. With Beth’s expertise and commitment to helping him, it’s likely that Carter will make strides towards healing and building a healthier life for himself. As the two continue their journey together, viewers can look forward to seeing a dynamic relationship between them unfold.