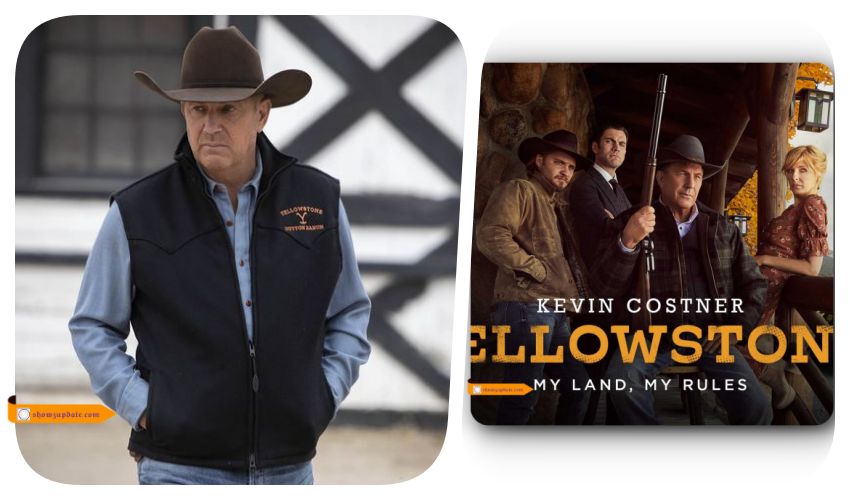 When it comes to finding the perfect actor to portray John Dutton III, the patriarch of the Yellowstone Dutton Ranch in Paramount Network’s hit show, Yellowstone, there was only one choice: Kevin Costner. With an Academy Award for Best Director, a BAFTA for Best Film, and numerous Golden Globe nominations and awards under his belt, Costner has proven time and again that he is one of the best actors in the business.

Costner brings not only his experience and talent to the role of John Dutton III but also a unique charisma that few actors possess. His ability to convey a wide range of emotion with subtlety and nuance has made him the perfect choice to play the character. He exudes a powerful presence while still remaining grounded and down-to-earth.

Costner’s long career also gives him an impressive range of skills to draw upon when portraying John Dutton III. From action-packed blockbusters like Waterworld and Robin Hood: Prince of Thieves to more subtle dramas such as Field of Dreams and Silverado, he has shown his ability to tackle a variety of roles. In Yellowstone, he is able to bring all these elements together and create a truly unique character.

From his experience as a director, producer, and actor, Kevin Costner was the ideal choice to play John Dutton III on Yellowstone. His natural charm, powerful presence, and skillful performance make him the perfect choice for this challenging role.

2) He understands the western genre

Kevin Costner is no stranger to the western genre. With his iconic roles in classic films such as Dances with Wolves, Wyatt Earp and Open Range, it’s no surprise that he was perfectly cast to play the ruggedly handsome and stoic John Dutton III in Yellowstone.

Costner brings a rich understanding of the Western genre to the table, which makes him well-suited for the role. He knows how to handle a horse, how to shoot a gun, and how to project the personality traits of a powerful ranch owner. In fact, he is so comfortable in this world that he has been known to take part in cattle roundups on the set of Yellowstone.

Costner has a natural connection to the American West, making him the ideal choice to play John Dutton III. His ability to convey strength and authority, while simultaneously displaying compassion and humanity, is exactly what is needed to make Yellowstone an engaging and heartfelt show.

3) He has experience playing a patriarch

When Kevin Costner was cast as John Dutton III in Yellowstone, fans of the show were thrilled to have an experienced actor in the role of the sixth-generation patriarch of the Dutton family. While some actors may have struggled to portray the complexities of a man with so much responsibility and such a long history of taking care of his family, Costner was up to the challenge.

With his experience playing strong male characters, Costner was the perfect choice to play John Dutton III. He is able to bring depth and humanity to a character who, on the surface, might appear to be distant and unapproachable. He is able to play both a stern father figure and a gentle grandfather with equal finesse, showing viewers both sides of John’s complicated personality.

See also  Is Charlotte Hale the Real Villain of Westworld?

Costner has demonstrated his ability to handle complex storylines and intense emotions in other roles, including as Mr. Brooks in Mr. Brooks and in Dances with Wolves. He also has plenty of experience playing patriarchs, having starred as Pa Kent in Man of Steel and as Jim Whitlock in 3000 Miles to Graceland.

By casting an experienced actor like Costner, the producers of Yellowstone were able to ensure that the character of John Dutton III would be portrayed in a way that did justice to his complexity and importance to the show.

4) He can play a complex character

Kevin Costner was the perfect choice to play John Dutton III in Yellowstone because he has a remarkable ability to portray complex characters. In Yellowstone, he plays a widowed sixth-generation patriarch who is determined to protect his family’s ranch from those trying to take it away. He is strong, but also has moments of vulnerability. His character is also multifaceted, as he juggles his obligations to his family, the ranch, and the law. Costner’s impressive range allows him to bring this complex character to life in a way that would have been impossible with any other actor.

When it comes to playing the role of John Dutton III, the sixth-generation patriarch of the Dutton family, there was no better choice than Kevin Costner. His charisma and charm have made him a beloved actor for decades, and it’s no different here. Costner has a strong presence on screen that draws the audience in and makes us root for the Duttons. He perfectly captures John’s strength of character and deep loyalty to his family and their land.

Costner is also great at conveying the heartbreak that John feels when faced with difficult decisions. Whether it’s deciding to move forward with selling a piece of land or navigating complicated relationships, Costner does an excellent job of displaying John’s emotional complexity. He has a way of drawing the audience in and allowing us to experience the struggles that John faces throughout the series.

Whether it’s the dramatic moments or the lighter ones, Costner shines as John Dutton III and brings this iconic character to life. His natural charisma and ability to bring out emotion make him an ideal choice for this role.

6) He has great screen presence

When it comes to casting a role like John Dutton III in Yellowstone, there were a lot of great choices to choose from. However, there was only one choice that made sense for this particular character – Kevin Costner.

Not only does Costner have the look and feel of a rugged westerner, but he also has an incredible screen presence that few can match. He can exude strength and determination in one moment, and then turn around and show vulnerability and emotion in the next. This makes him the perfect actor to bring John Dutton III to life.

He has an undeniable charm and charisma that adds even more depth to the character, making him an irresistible force on screen. Whether it’s standing up for what he believes in, fighting for his family or doing anything else he needs to do, Costner is able to pull off every scene with ease.

His career spans over four decades, and throughout it all, he has always been able to carry every role he plays with a natural confidence that is rarely seen in Hollywood. He understands how to bring a character to life, and it’s that knowledge that makes him such an ideal choice for the role of John Dutton III.

Kevin Costner was certainly the perfect choice for this iconic character. His on-screen presence is unparalleled, and it’s clear why he was the perfect actor for the part.